Are you a fan of the looks of new Galaxy S5 launcher? Well you can have the S5 look on any Android device with S launcher for Android which offers a highly polished and customizable experience. The launcher shy’s off on the wallpaper department and you only get 2 Galaxy S5 wallpapers but you can always download S5 wallpaper pack from the Play Store. Also, the launcher seems to have been based on the Google Experience Launcher, which is an added bonus. 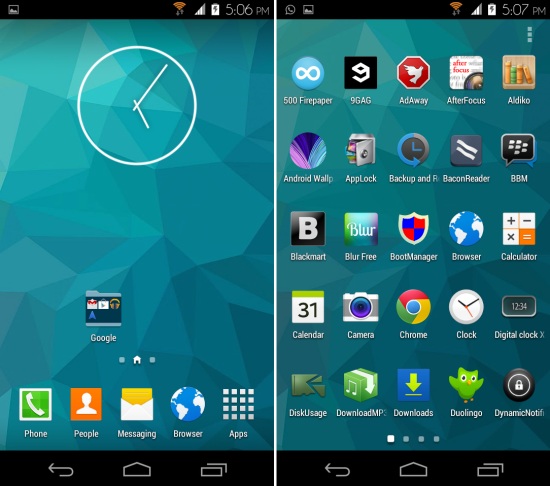 You can get the Galaxy S5 Launcher for Android from the link or QR code at the end of this review. Once installed, simply press the home screen button and you will be presented with different home screen options as seen here. Simply tap on the ‘S launcher’ and then tap on the ‘Always’ button. Now a few basic operations will be explained to you.
Now you will have a launcher on your devices which brings the look, feel, and function of the latest Touchwiz launcher. The flat icons from the S5 look really nice. Also, the page scrolling was really butter smooth on this launcher. 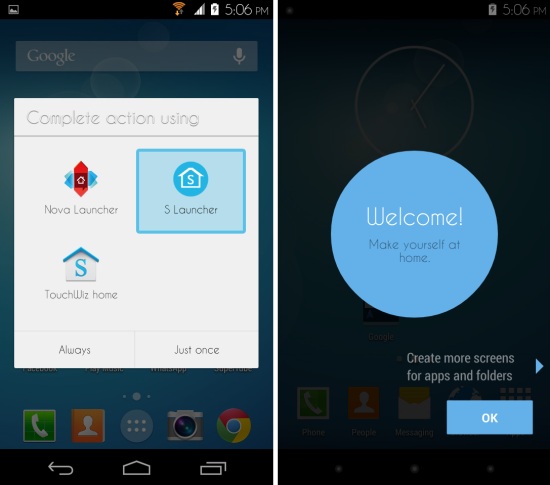 Long pressing anywhere on the empty area on the home screens gets you the options to change the wallpaper, add widgets, and change the settings. The settings of S Launcher for Android gives you many options as seen below. Here you can manage and customize each aspect of the launcher. While some options are only available on the paid version but they are not that important for bringing the S5 experience to your device. 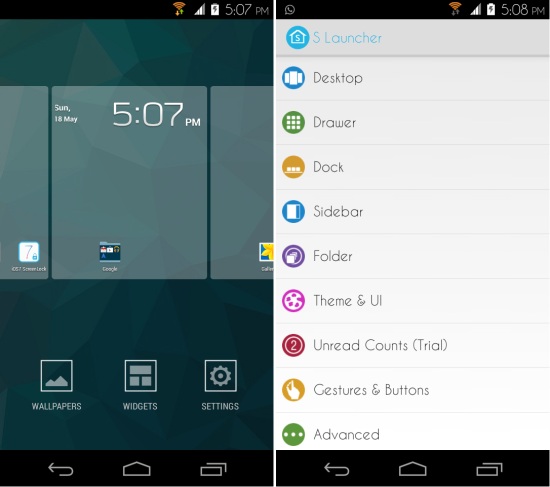 One feature on S launcher for Android, which is not the part of the actual Touchwiz launcher, but is an intuitive addition by the developers is really impressive. Here you can slide from the lift edge to the right while in the launcher and get the quick actions as seen below. 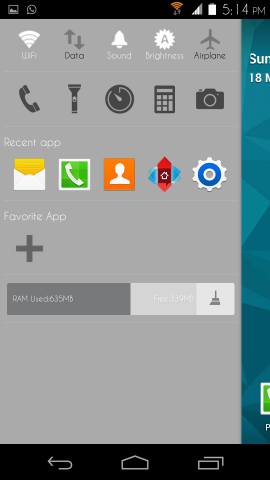 S launcher for Android is great way of bringing the S5’s launcher to your Android device. It looks really nice and works very smoothly. The added quick actions help you do more quickly with a simple swipe. This launcher is the closest when it comes to replicating the S5’s launchers experience and looks as compared to other similar options.

Get S Launcher for Android from here