This tutorial explains how to check Tweet stats on Android in real-time. If you’re a regular Twitter user, no matter if you love to tweet about anything randomly or you tweet everything carefully, tweet stats are something which can help you check which of your tweets are getting attention and which one not. Many of you might also be aware of keeping track of Tweets on PC via different tools, but what if I tell you that you can also track your tweet stats right from your Android and that too in real time. Yeah, it is true that these stats aren’t as vast as you get on PC but they are good enough for you to decide how’s your tweet going. The best part is that you don’t have to install anything else besides the official Twitter app for Android.

Before you proceed with the tutorial, do make sure that you have signed-up for Twitter Analytics from your PC browser. If you haven’t, then you can do so by first logging into your Twitter account and then going to Twitter Analytics website. After signing-up, you will have to wait for 24 hours before the stats start showing up. So let’s get started.

Steps to Check Tweet Stats on Android in Real Time:

Step 1: Launch the official Twitter app on your Android smartphone and tap on the icon at top right corner. 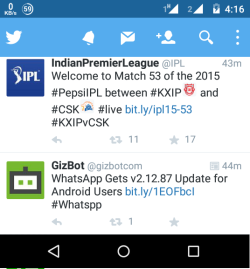 Step 2: Tap on your Twitter username shown at the top in the drop down menu. 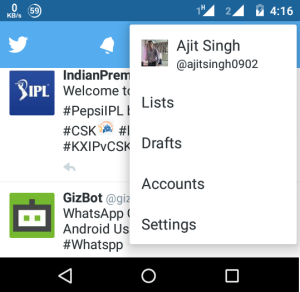 Step 3: It will show you your dashboard as shown in the screenshot below. 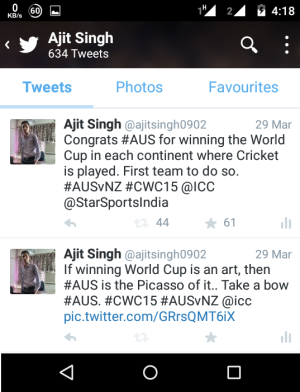 Step 4: Now, there are two ways to check the stats. You can either tap on the Stats icon (on the right side of Favorites icon) for the tweet or you can simply tap on the tweet for which you want to check stats followed by a tap on View Tweet Activity option. 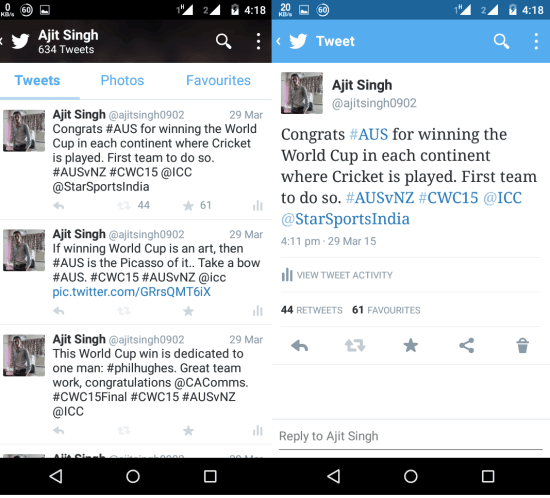 Step 5: Irrespective of the way chosen by you in the above step, you will see the interface shown below. Here, you can check the number of tweet impressions and engagements. 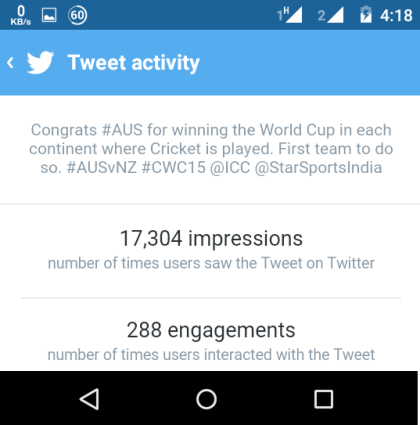 This way, you can check the tweet stats on Android for any of your tweets in real time. If you have any questions or doubts related the tutorial or the Twitter Analytics, then feel free to get in touch with me via the comments section below.