Flick Shoot 2 is a free Android football game in which you have to score goals by flicking the football. It’s not like typical football games in which you play as a team against a team to score goals and win the match. This game includes only the penalty shootout mode of the football game but makes it even more interesting and addictive. The game includes 4 really entertaining and unique single player game modes which will definitely make you hook up to the game.

The game includes cool footballs, players, jerseys for you to choose for the customization. You can unlock many of these add-ons by playing the game and rise up to the ranks. Apart from 4 single player modes, the game also has multiplayer and mini game mode for you to play and enjoy. 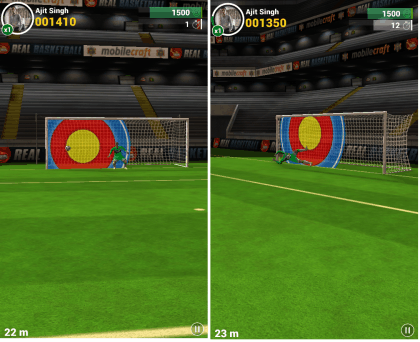 Gameplay of this Android Football Game to Score Goals by Flicking:

The gameplay of this Android football game has only the penalty shootout, but with a twist. In this game, you will play as third-person game which means you won’t see your player. You will only see the goal post, goal keeper, and the football. You have to flick the football using your finger to score the goal. The direction of the ball in which it will shoot  depends on the direction of your flick. 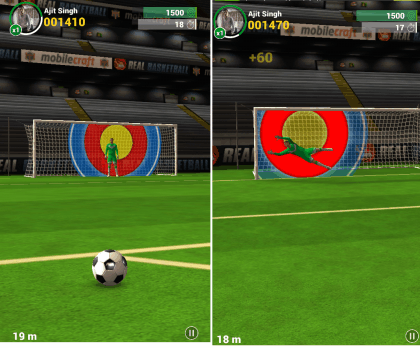 As I said, game has added a twist to the traditional penalty shootout mode but these twists vary as per the game mode chosen by you. On launching the game, you will see the home screen as shown in the screenshot below. Tap on Single Player option to proceed. 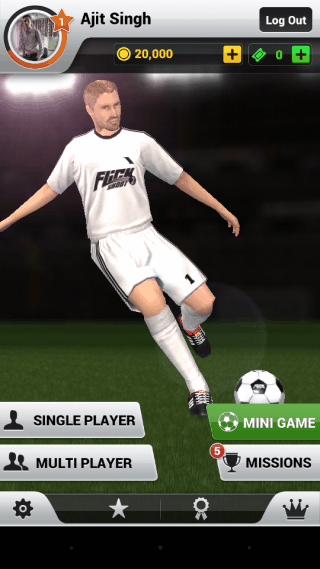 The Single Player option has 4 game modes for you to choose: Challenge, Arcade, Time Attack, and Not Miss. 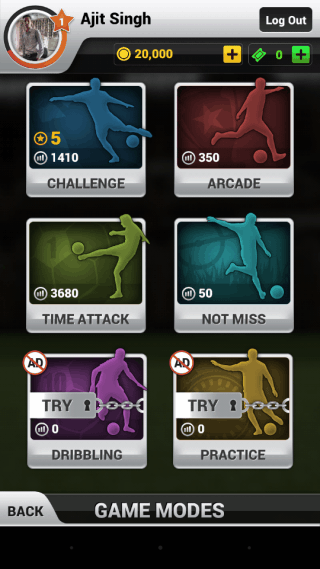 You can choose to play any of the game mode whenever you want. Before the start of any mode, the game gives you the chance to customize your player with cool jerseys, change character, and even the football. Its your choice whether you want to customize the player or not. 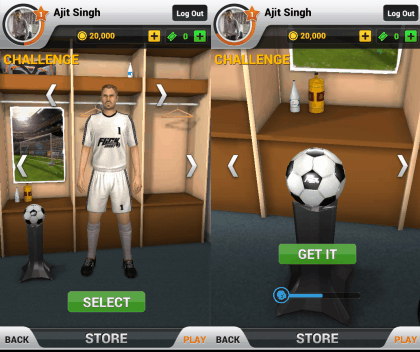 Apart from the above mentioned game mode, you can choose to play different Missions to score extra points as missions have higher difficulty level.

You may also like: Football Tactics Game for PC.

Flick Shoot 2 is an awesome Android football game to score goals by flicking. I liked this game very much, including all game modes and the missions. The game is really fun, addictive, and interesting. Do give it a try.