The struggle of writing perfect articles and blog posts in English can be conquered with the help of writing assistant software like Writefull. Writefull is available for free software with a host of features to assist you in writing better.

The writing assistance features it provides include:

The best part of this text editing software lies in the fact that you can use Writefull both as software, as well as a Google Chrome extension. Apart from the Windows platform, this writing assistant software is also available for Linux and Apple users. Writefull compares data with Google books, scholar, and news and web database.

In this article, we shall explore the Chrome extension and Windows version of Writefull. If you wish to use Writefull on MS Word, simply select the text and launch the software by hitting CTRL + Space. 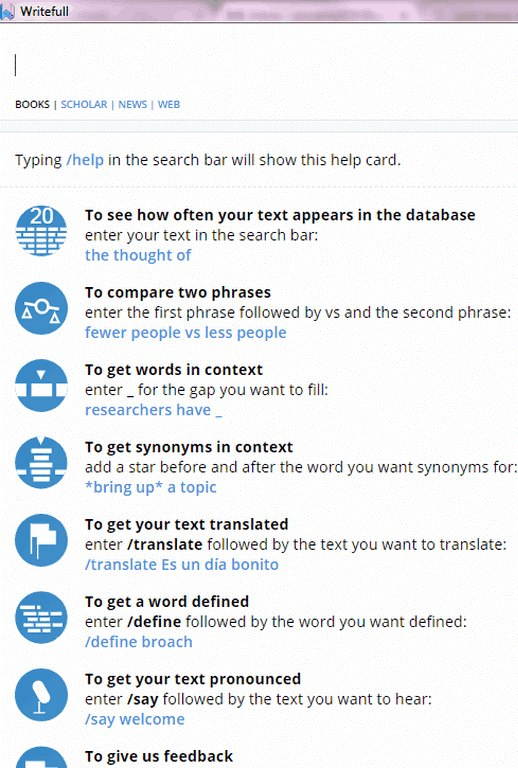 This is the primary interface which opens up when you install the Chrome extension or hit CTRL + Space on your desktop. You can choose the database against which you want your data to be checked.

How Often Your Text Appears in the Database of this Writing Assistant Software? 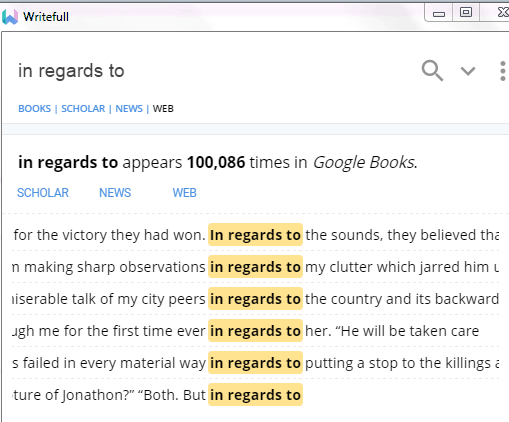 Know how often a chunk of text appears on the database of Google. The higher number of times the selected text appears, the greater are its chances of being correct. This option also shows you the number of sentences in the web which contain that selected part of the text.

How Compare Two Phrase in this Writing Assistant 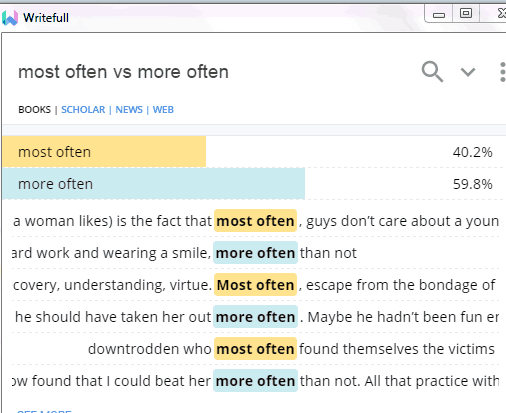 The next option allows you to compare two chunks of text and tells, which one is more used and often repeated as per the data base. Two separate text chunks need to be separated with the term “Vs” to get the result.

Get Words in Context using Writefull 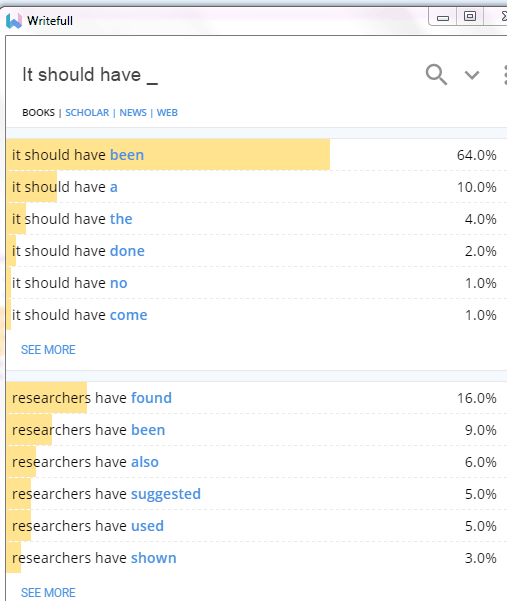 You can use this feature, if you are confused about the usage of an appropriate word or verb to complete a sentence. Just add a ‘*” or “_” sign in place of the appropriate verb or preposition. This software will give you a long list of various options to choose from in the drop down menu.

How To Find Synonyms in Context in this Writing Assistant Software 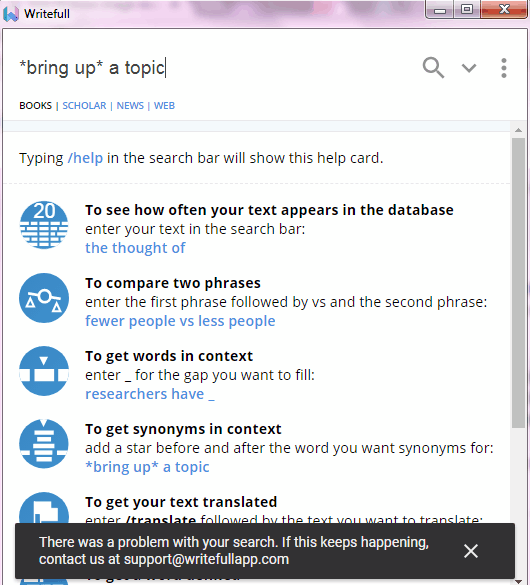 Sometimes, using the same words and phrases through a long text can make the article or write up seem boring and repetitive. You can avoid that simply by using the synonyms in context from Writefull. In order to use this feature, insert one asterisk sign at the beginning and end of a particular word, whose synonym you are looking for.

Get Definition for a Word in Writefull 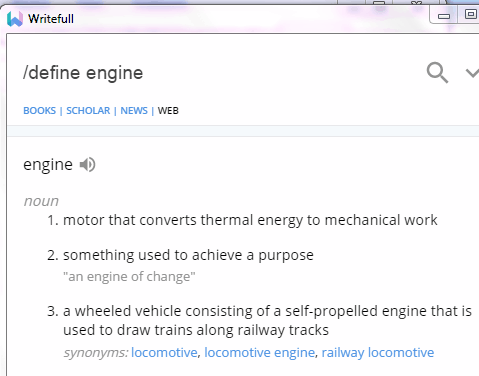 How This Writing Assistant Software Translates a Text 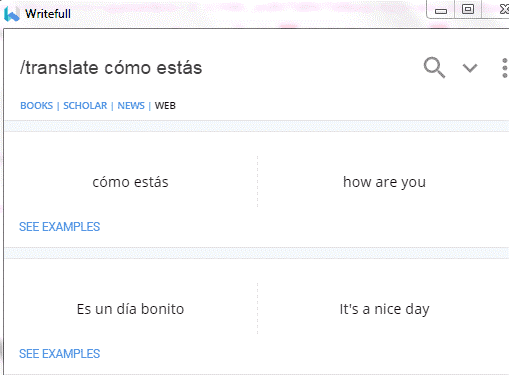 Writefull uses Google Translate to translate any text in foreign language to English. In order to use this feature, write “/translate”, followed by the phrase on the search bar. The app will show you the original, as well as translated text in the space below.

Writefull can also Pronounce a Word

There are some words which are very difficult to pronounce. Then there are some whose written spelling is different from the format in which it is spoken. If you are confused or stuck with any such word, simply write “/say”, followed by that word to get the correct pronunciation.

Writefull is a wonderful app, without any doubt and clubs in many features under one roof. However, I doubt the user friendliness of this software. Writing a separate command word for each function is really outdated. Apart from that, there is no way you can add this software to your MS word or Gmail, like Grammarly. Each time you need to use it, manually you need to open the software using the hot keys. Additionally, while testing the software, the synonyms feature did not work at my end.

If you don’t mind a little extra labour and are willing to ignore the minor glitches, Writefull is really a great tool for any writer and surely can become a lot better than its current version.