Carbon Footprint Calculator is a free tool to calculate the amount of Carbon produced by you. Global warming is a growing concern for a growing number of people worldwide. With evidence of polar icepacks melting and the area of Pacific Islands diminishing, everyone needs to be aware of how much carbon they produce and how to reduce the amount of carbon they produce or generate. The amount of carbon produced by a person or item is that person or item’s carbon footprint. If you want to know what your carbon footprint is, you can spend hours researching in books and online, or you can download, install, and use Carbon Footprint Calculator from EnviroDuck. 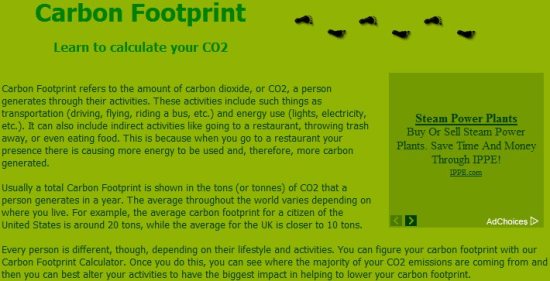 What Constitutes Your Carbon Footprint 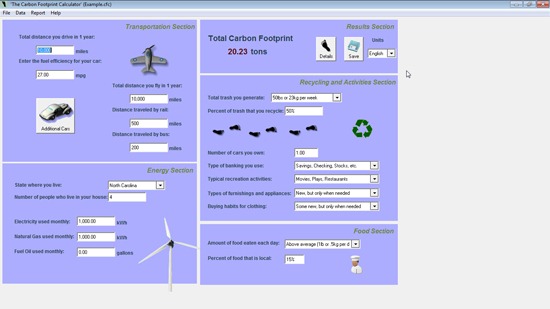 Almost everything you do generates carbon, in one way or another. Going to and from work in your car, on a bus, or even in a train generates carbon. Using electricity that comes from the grid also generates carbon, unless your power utility only utilizes means of generating power such as wind, solar, nuclear, or hydropower. Gas powered appliances in the home also generate carbon. Most people don’t consider things like throwing out garbage and going out to dinner as being types of activities that generate carbon, but they do. These are indirect means of generating carbon, because somebody else actually consumes the energy that generates the carbon in servicing you. 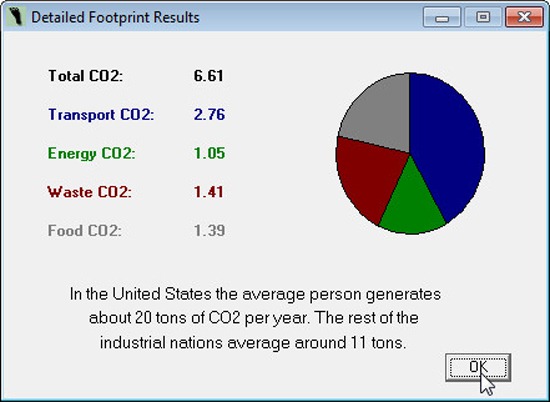 The download for EnviroDuck’s Carbon Footprint Calculator is small, at 705 kilobytes. The program itself is also very small, at just over 1.1 megabytes. The program asks you to input a number of data points and carries a running calculation of your total carbon footprint. Data points the program asks for include information regarding your travel habits, household energy consumption (including electricity, natural gas, and fuel oil), the amount of trash that your household generates on a weekly basis, and a number of other activities, such as entertainment, types of bank accounts, and your buying habits for clothing, to name a few.

When making its energy-usage-based calculations, the program asks for some specific information. The program asks for what state you live in, making it almost useless for people living outside the United States. It also asks you how many people live in the household. Energy usage is asked for next, including monthly electricity used in kilowatt hours, natural gas usage, also monthly and in kilowatt hours. Knowing that, in some very rural areas of the country, fuel oil is used to generate power or used for heating, the program also asks how much fuel oil is used.

You can check out some software to reduce PC power consumption reviewed by us. 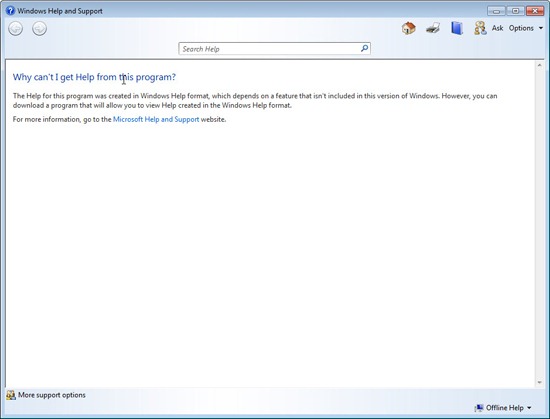 The house I live in makes use of solar power, but it’s still connected to the local utility for power supply when the sun isn’t out. There’s no way for me to tell this to the program, even though more than half of the power consumed in the house is solar generated. One county over, most of the power consumed by households is generated using nuclear power. Couple hundred miles away on the Indian reservation, the power they consume is wind and solar generated.  Also, the help file is either incomplete or doesn’t work right.