This article covers how to speed up Facebook video on Android. You must have seen many videos on Facebook where you wish to fast farword them and there would be many more as tons of videos are added on Facebook on daily basis. Though Facebook, like many other social platforms, provides a slider to jump to a particular position while playing a video, it doesn’t help you speed up the video. Still, it is possible to do. 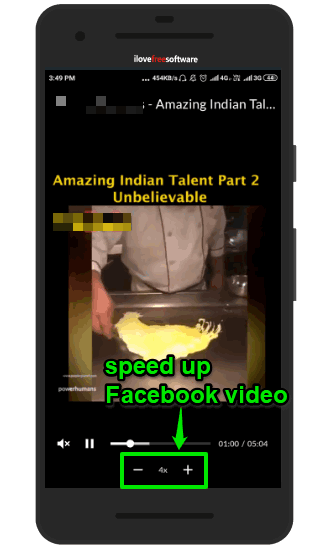 In the screenshot above, you can see that Facebook video speed up and slow down options are visible, which is made possible using this Android app.

Step 1: Install this Android app using the link given at the end of this article.

Step 2: When you will open its interface, it shows how it can help you speed up Facebook video. The interface also provides Settings option that helps you set speed jump. In addition to that, a History section is also there that shows the videos whose speed adjusted by you using this app. You can use all such options later. 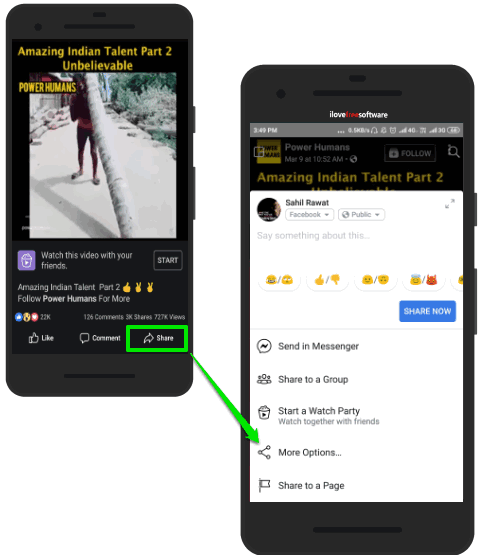 Click on that option and then you can select Fast Playback Android app. So, basically, you are following these steps so that this app can play that video and provide speed up and speed slow down options.

There are many other video speed controller Android apps also available. But, such apps work for downloaded videos. This app, on the other hand, lets you adjust a Facebook video speed directly. The good thing is you have the option to slow down the video as well.