Socialcam is a free iPhone app to add effects to videos and share them from iPhone. This iPhone Socialcam app lets you add multiple video and audio effects to the videos on your iPhone.

Here is a video that I recorded on my iPhone and added effects to it with SocialCam. In this video, the text in the beginning “Lalit Agarwal, Stunt” was added by the video effects available in this app. The background music was also added by the app.

Here are various video effects available in the app:

Casual video effect is for the one who just want to add the title of the video at the start in a casual look like text. The thumbnail of the video show the title name at the center of the video with a casual border line at the bottom of the text. On playing the video, the text appears and the bottom line appears like a presentation prepared by PowerPoint.

Travel video effect displays the date on which you play the video which shows that it is a video from some travel and you are sharing the same in real-time. Below the date, you will find the location name which increases the reality of the video as it converts the video fully in travel mode on your iPhone.

Reporter style and News video style are almost same. Reporter video makes the video recording same as reporters record. It displays the reporters name and the title of the video at the left bottom side. So if you want to present your video in a reporter style video, then this video effect is the best for you.

After adding the effect, it just displays the title of the video, date, and your username at the left bottom side of the video.

Ticker effects is my favorite video effect which embeds a moving text in the video. As soon as you play the video, it displays the moving text which includes text, date, and your username at the extreme bottom of the video.

Audio effects in the app include love, street, nutracker, action, country, deep, wonder, club, happy, and time. Just select the audio effect, listen to it, and finalize the same. If you like the audio which you think will perfectly fits on the video you have created, then select the same and the audio will be embedded in the video. You can add video as well as audio effect to the same video, as I have done in the sample video above. 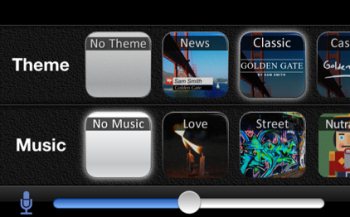 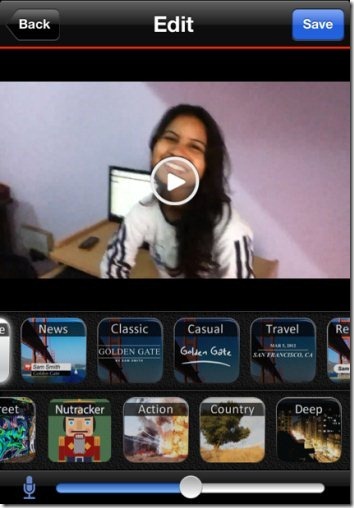 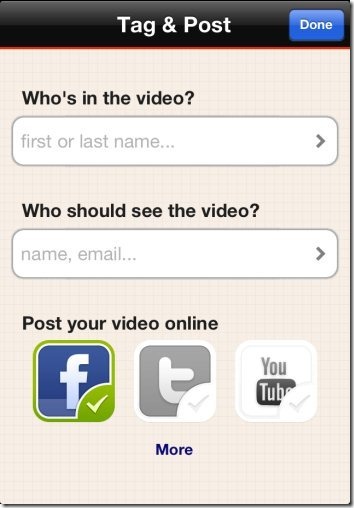 Follow your friends and you will get to watch the videos uploaded by your friends. This iPhone Socialcam app is similar to Instagram app for iPhone. Like you add effects to photos and share the same photos with your Instagram community and with your social networks, this video sharing app also works in similar manner.

Features Of This iPhone Socialcam App:

Also, check out Viddy app for iPhone reviewed by us.

Click here to download and install Socialcam app from Apple App Store. If you have a Barcode Scanner app, then scan the QR Code below and get the direct download link of the app. 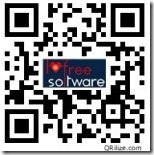 Socialcam app makes it easy for you to give life to your boring videos and share them with your friends and family. Also, watch different exciting videos uploaded by your friends with different video and audio effects.