In this tutorial, I will talk about how to install Linux on Windows from within Windows without CD or USB. Here I will talk about some free software which allow you to directly install Linux without creating bootable USB or CD. All you need is the ISO file of the Linux distribution you want to install and some patience. And if you don’t have the ISO file of Linux, say Ubuntu, then one of these software lets you download that directly. These software basically create a virtual disk and modify the booting environment of Windows. They create the installation link there and you can easily install Linux using that without disturbing the Window installation.

Installing Linux without CD or USB can be helpful if you don’t have any flash drive or CD drive with you. Also, it helps if you don’t want to waste time in creating bootable USBs. You just need the ISO file of the Linux distribution you want to install. Some of the following methods can only install a specific family of Linux distributions. 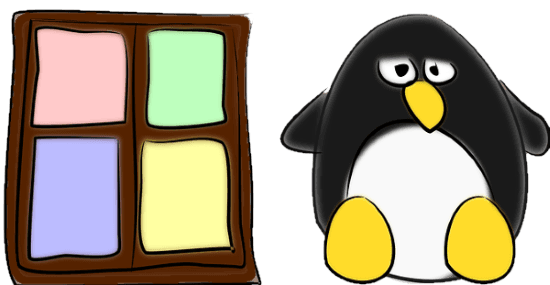 How to Install Linux on Windows from within Windows, without CD or USB?

Lick is a simple and a very nice Linux installer for Windows that you can use. But currently it only supports Puppy Linux based distributions to install from within Windows. It comes with a GUI version as well as the CLI version. And you just have to drag and drop the ISO of the Puppy Linux on it to install it. You can choose a desired partition and it will install Linux in it. Basically it doesn’t install the whole operating system in one shot. But it configures the ISO file and adds an installation link at the system boot. After using the software, you can restart the PC and then you will see an option to install the Linux at system boot.

Lick is an open source Linux installer software for Windows. And the best part about it is that it works in almost all the Windows versions even on Windows 95 too. You can easily run it and install any Puppy Linux distro in a few minutes.

Here are the steps to demonstrate how to use this tool.

Step 1: Get it from its GitHub releases using the link above and then open it. You will find its interface very simple which looks like this. 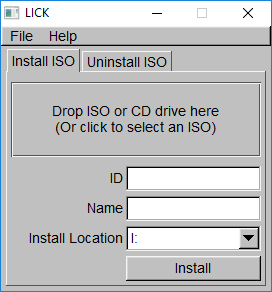 Step 2: Now, select the target partition from the list where you want to install the Linux. After that, drag and drop the ISO file on its interface and then it will start the installation process. And when it is done, you can restart your PC and get started with the full installation of the Linux. 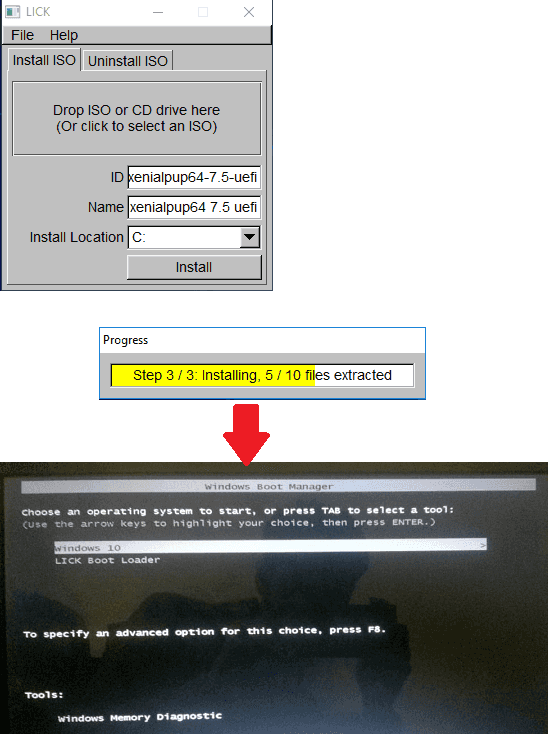 In this way, you can use this lightweight tool to install Puppy Linux based distributions. And to do that, you don’t have to create bootable USBs or CDs. Also, if later you plan to remove the installed Linux distro, then you can also do that. Just run the software again and uninstall it in just a single click.

Wubi is another officially supported Ubuntu installer software for Windows. Using this simple tool, you can install so many Ubuntu based distros from within Windows easily. It supports Ubuntu, Lubuntu, Xubuntu and many more. You can select the right distro from the list and then you can use this tool to download its ISO. It helps you to install the downloaded Linux distribution in a few clicks. It allows you to choose a target partition on your PC in which you can install the Linux.

Just like the software above, it is an open source tool and you can easily download it on your PC. After you have downloaded it, simply run it and follow these simple steps.

Step 1: In the very first beginning, you can choose the target partition in which you want to install the Linux. Also, specify the Ubuntu based distro that you want to install. You can see the supported list of distros using the drop down list. 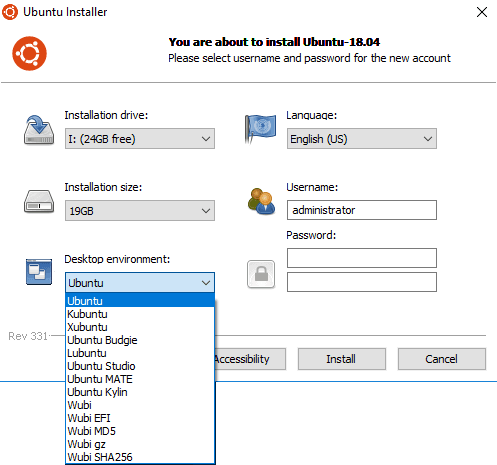 Step 2: Now, you can specify a desired password that will be used to create the admin account. After that, click on the Install Button and it will begin the installation process. First, it will download the ISO file of the specified Linux distro and will install virtual disk. 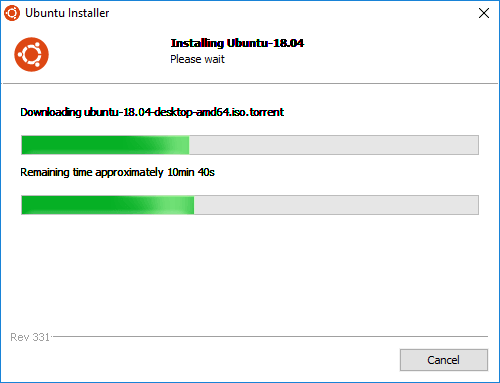 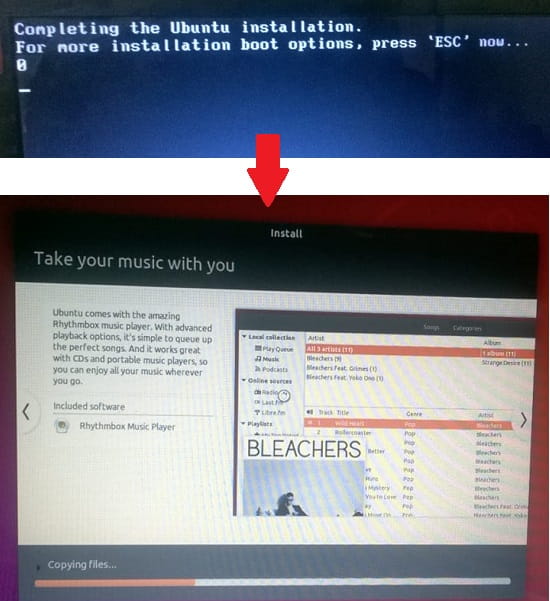 In this way, you can use this software to install Ubuntu based distros directly from within Windows. And there are less chances that you accidentally end up formatting the Windows’s partition. If later you plan to uninstall the Linux that you have installed, then you can do that. Simply run Wubi again, and it will automatically prompt your to uninstall any previously installed Linux distro. But do note that, while it is downloading the ISO file, make sure that the internet connection remain consistent.