RetroBar is a free taskbar for Windows 11 and Windows 10. Here it adds classic Windows Taskbar from Windows 98, 2000, and XP by replacing the new Taskbar. RetroBar works in the same way as the Taskbar, it emulates work in the respective version of Windows. You can launch apps, pin apps, and have a rectangular minimized windows. The Taskbar still has clock and system tray icons of Defender, USB, Volume, and Network.

If you want to feel a bit nostalgic while using the modern Windows 10 or 11 then RetroBar is for you. Just install it and it will start working right away. There are 4 types of Taskbars included in it and you can apply anyone of them. Apart from choosing a Taskbar style, you can opt for some other options as well such as collapsing notification area, make font smooth, show quick launch, and displaying Taskbars on multiple displays.

RetroBar is an open-source app for Windows 11 and you can download it from here. Run it right away and then Taskbar will be applied immediately. See the Windows 98 Taskbar on my Windows 11 PC below. 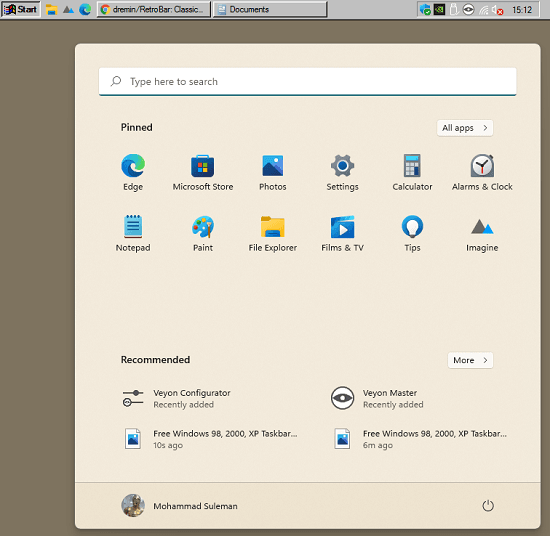 You can switch to other Taskbar by simply opening the properties. Just right clock on the Taskbar and select “Properties” option. From the downtown, select the Taskbar from a different version of Windows. Also, you can opt for certain other options. 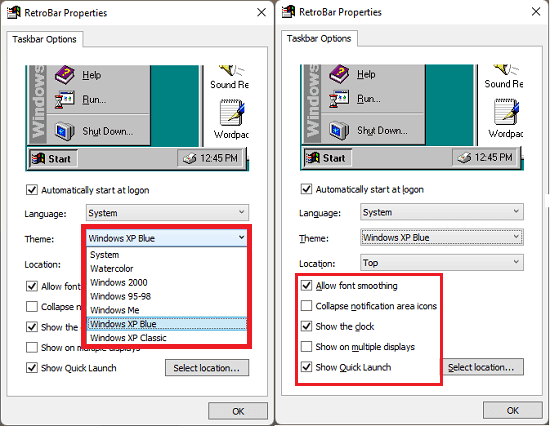 See the Windows XP taskbar below. And not just this, but you can also set Taskbar from Windows 2000 and ME. 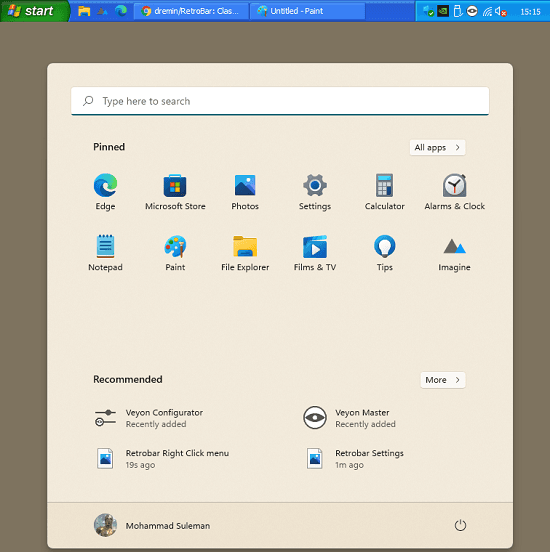 In this way, you can use this simple software to add classic Taskbar to Windows 11. No matter if you want Taskbar of 98 or XP, you can bring it back with ease in a few clicks. The Taskbar it adds is pretty stable and won’t crash no it will leech on the system resources. However, the Start menu will not be replaced.

If you want to get the feeling of classic Windows 98 and XP in Windows 11 then RetroBar is the software you need. For more real experience. you can download the legendary Windows XP Bliss wallpaper and set it as background.