TinyCad is free software to draw circuits accurately. In TinyCad software you can select components from a large number of component’s categories and draw circuit using the coordinates and the horizontal and vertical rulers. It a great tool for designing accurate scale circuit layouts.

What really impressed me along with the rulers, is the wide range of components that TinyCad offers. Some of them include AC connectors, Analog devices, Connectors, Electromechanical Relays, Switches, MOSFET, OPAmps, Passive devices, and the list does not end here! The library really has a good number of components which you can use to draw a circuit. I have tested the TinyCad software on Windows 7 and it worked great for me. I was able to draw a circuit, place components according to scale, and label it.

You can see the screenshot below in which I have used a 7805 IC, Capacitors, and a Battery to draw a simple Voltage Regulator circuit. 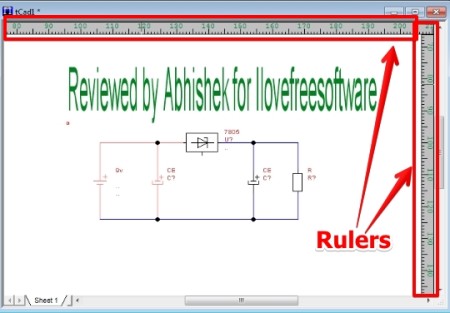 One more feature that TinyCad offers is creation of Netlist. A Netlist file can be imported into PCB designing software. You might want to test this feature if you want to design the circuit on circuit board as well. I was able to create a netlist but I have not tested it for designing a circuit. 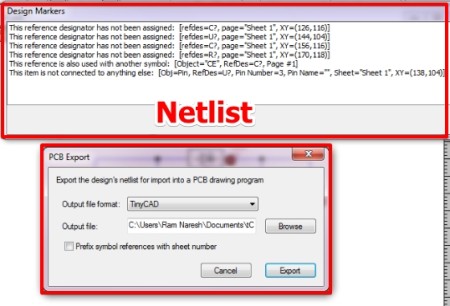 The user interface is really simple and it is not complex at all. The Menu options have well organized categories for components on the left and toolbar on the top. You can simply select the components and place them. Also, the wires, arcs, buses, magnifier, shapes, and lines can be selected from the toolbar as well. 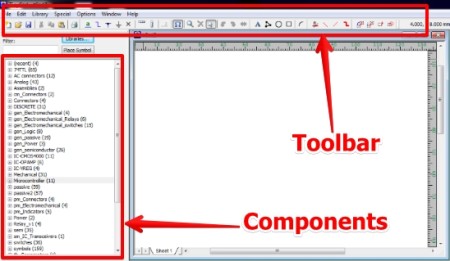 Navigating for the components in the menu are easy, as you have the search option, which can be of great help to find any component.

Well the main feature of TinyCad was accurate placement of the components, you can use the reference scale and the coordinates on the top right of the screen. 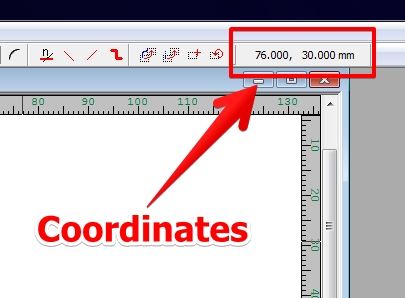 You can also try Logisim. It is a free education tool for learning the working of digital circuits.

The TinyCad software is good when you want to draw a layout of the circuit accurately. Furthermore, it offers netlist creation, which is a great feature if you want to design a circuit as well. However based on the simple interface and powerful features I would recommend it to you.