This tutorial details how to launch folders in a separate process in Windows 10. Even though the latest version of Microsoft’s family of Operating Systems is a pretty stable and solid OS, unexpected glitches can still occur at times, causing it to become unresponsive.

One of the common of these errors is the one that causes Windows Explorer to become un-responsive (mostly due to having a large number of open windows) and crash.

What Exactly Does This Accomplish?

Normally, whenever multiple folders are opened, they all open under the same parent Windows Explorer process (running as “explorer.exe“). While this is the default behavior and hence totally fine, there’s a little problem with it. Since all folders are running under a single process, having too much of them open at the same time often causes the Windows Explorer to crash. Although it restarts itself in a while, it’s still an annoyance.

This is where having folders launch in a separate process makes things better. With this, new folders are launched under separate Explorer instances. This means that even if one parent process crashes, you don’t lose the folders running under the other Explorer instance. Makes sense, right?

How To Launch Folders In A Separate Process In Windows 10?

Making Windows 10 launch folders in a separate process doesn’t really entail much work. All that’s required is a little tweaking with the folder options. Here’s how to do it:

Step 1: Launch a new instance of Windows Explorer. Head over to the Ribbon Menu , and click on the View tab. 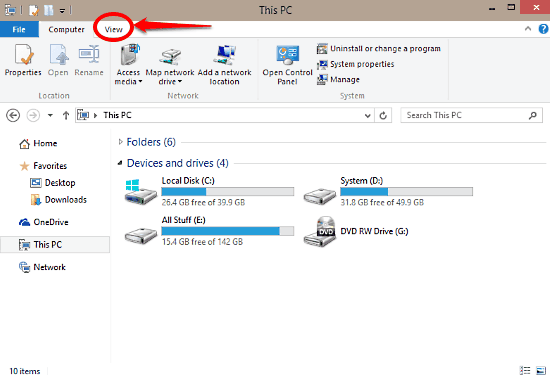 Step 2: Click on Options on the View tab to launch the Folder Options dialog box. 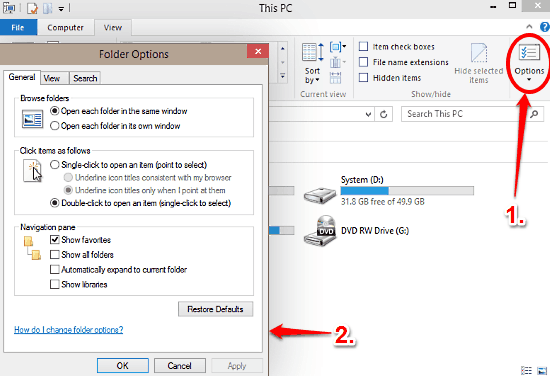 Step 3: Almost done! Finally, click on the View tab in the Folder Options dialog box. Head over to the advanced settings section, and click the checkmark against the option that says Launch folders in a separate process. Click Apply, followed by OK. 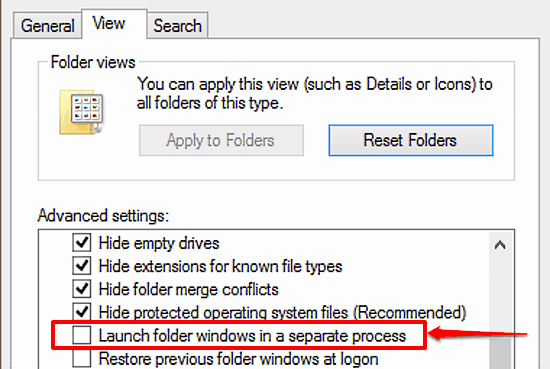 And there you have it folks! Going forward from this point, all new folder windows will always launch in a separate process. Cool, right?

Do Check Out: Quickly Hide Multiple Files And Folders In Windows 10

The ability to launch folder windows in a separate process is a small, but very useful feature that can make a ton of difference to the overall user experience in the long run. If you’ve ever been annoyed by those Windows Explorer crashes, give this a shot. It just might be what you need.