It is very easy to disable installation of third party apps in Windows 10. Read on to know steps for that. 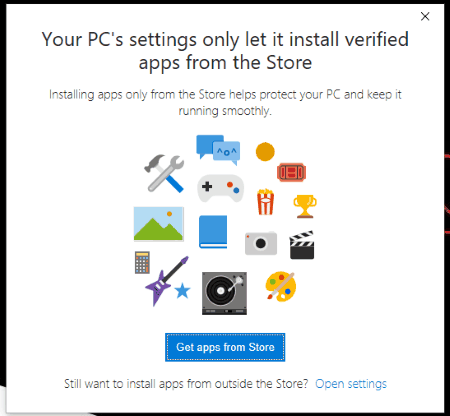 You can also change settings anytime and then you will be able to install third-party apps. So the control will remain in your hands.

How To Block Third-Party Apps from Installing In Windows 10?

Step 2: There is “Apps” menu in Settings. Click on that menu. 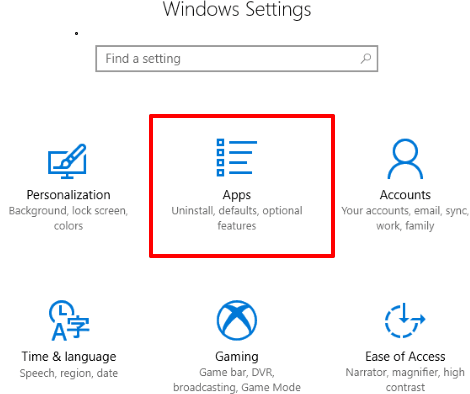 Step 3: Apps menu opens with “Apps & features” section, visible on the left side. That section has “Installing apps” option. This option is set to install apps from anywhere, by default. You need to change this option. For that, use the drop down menu and select “Allow apps from the Store only“. 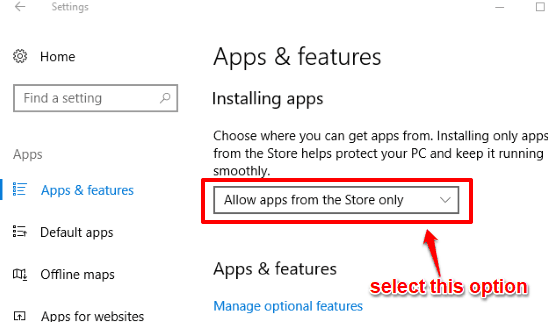 As soon as you select that option, the changes are saved immediately.

Step 4: When you want to install third-party apps on your Windows 10 PC, you can access Apps & features and then select “Allow apps from anywhere” option using the drop down menu.

Step 5: This is an optional step, but helpful. Suppose you don’t want to completely block 3rd party apps and just want to receive a warning that you are trying to install apps from some other source. In that case, you can use the third option using the same drop down menu available in Apps & features section. You need to select “Warn me before installing apps from outside the Store“.

Select that option and when you try to install some app from other sources, you will receive a warning. 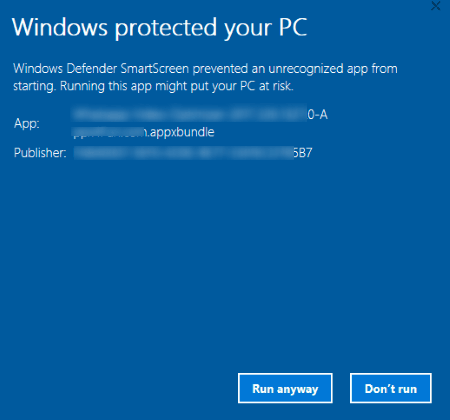 Warning message doesn’t prevent you installing apps from outside the Store. It will give you two options: Run anyway and Don’t run. You can decide what you want to do.

Preventing the installation of 3rd party apps in Windows 10 is a good feature. It provides you a bit of extra security against external apps. Of course, this is not a replacement for having a good antivirus software on your PC.