In the latest update, Microsoft has released a new redesigned version of the Photos app with some new features that you will like. Photos app comes with some amazing features that users were waiting for quite some time. Now it has a timeline to browse photos from a specific year, multiple views, OneDrive complete integration, tagging, and improved search.

It automatically tags photos by recognizing objects in them and makes your entire collection of photos searchable. However, it may take some time for your collection to become searchable. And while it is doing that, you can browse photos like in a normal gallery. The gallery now comes with a preview pane. And you can select multiple photos from it in order to compare them. This is as simple as that.

The new redesigned interface of the Photos app matches with the Windows 11 window layout. And it also has new popups and flyout menus with modern look and feel. The new windows Photos app can be found in Windows 11 insider build 22000.194. Or, you can download a third party package that some developers seem to have extracted. 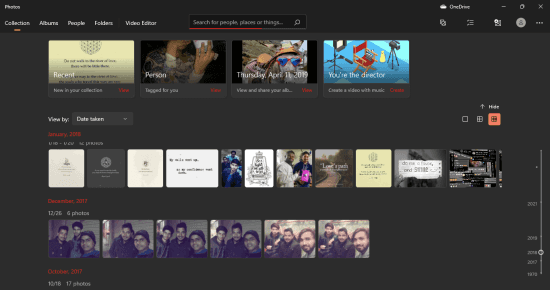 If you are signed in to your Microsoft account on Windows 11, then just update to the build 22000.194 add open the Photos app from Start menu. It will automatically start fetching photos from your OneDrive and will show them to you. You can open any collection from the new interface of the Photos app. And at the bottom side, you can see a timeline like view where you can choose photos from a specific year. 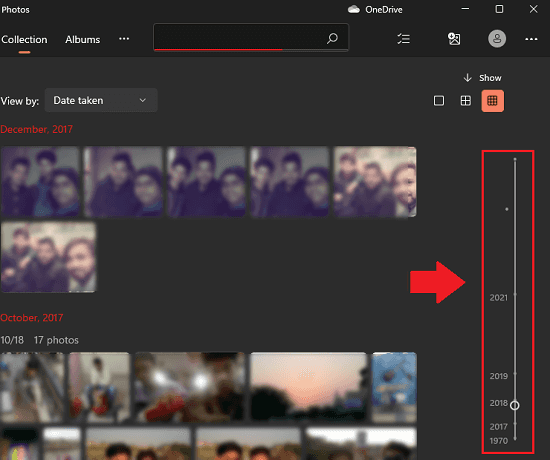 Just open any photo by clicking on it and it will open in a gallery view. In the photo viewer, you can see the preview of other photos in a small filmstrip. This has been added as a new feature in the Photos app for easy navigation. You can see this in the screenshot below. 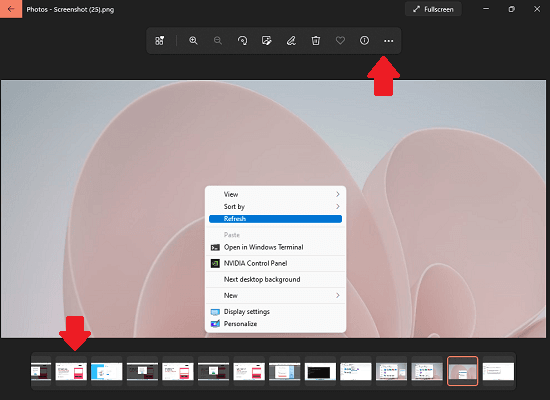 You can also switch to full screen mode by clicking the full screen icon. Also, you can make the popup toolbar and filmstrip disappear to have a distraction free photo viewing experience. For that, just click on the photo to hide the toolbars. 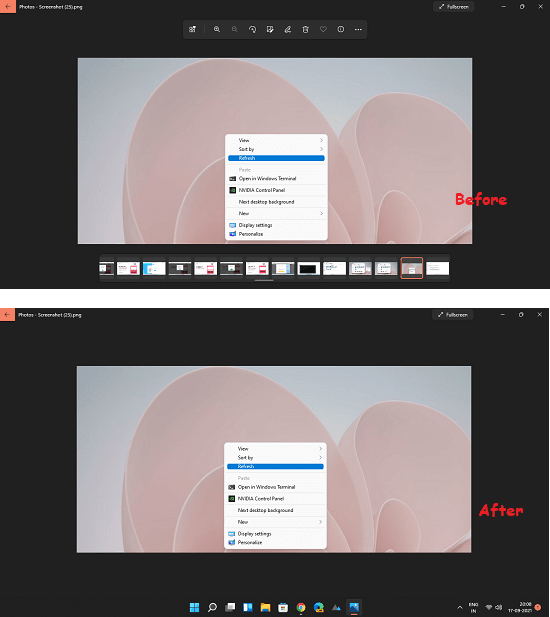 Another cool thing about the new Photos app is a simple image comparison tool. Here basically while browsing an album or a collection of photos, you can select multiple photos from the filmstrip that it shows at the bottom to open them in a separate view. All the selected images will open in a new window, and there you can compare them at a glance. 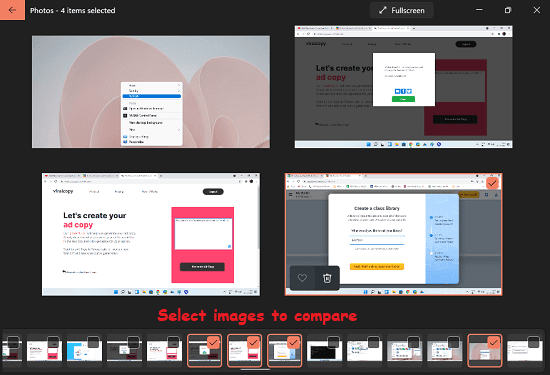 Microsoft seems to have added some intelligent tools in it. The Photos app can now intelligently tag photos by recognizing objects from them. After it processes all your Photos, you can search them by simply typing name of objects that they contain. The tags work on persons as well. 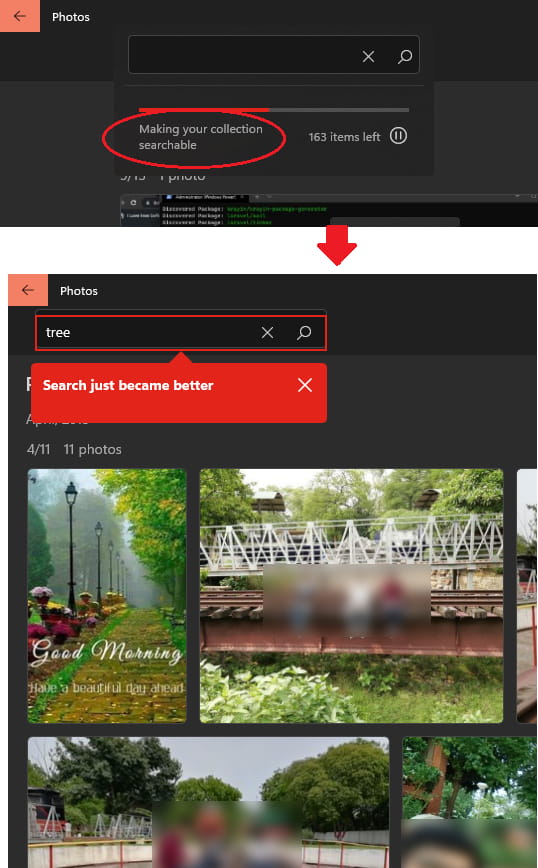 In this way, you can use this new powerful Photos app of Windows 11. You only have to update Windows to the latest insider build to 22000.194 in Dev channel and experience it right now.

I really liked the new redesigned UI of Photos app of Windows 11. For years, I am using Picasa despite it being discontinued, but now I think of sticking to the Photos app for viewing and organizing my photos. Best part is that it has retained all the previous edition tools in it and you it can make your collection of photos searchable, which is pretty awesome.