Let’s have a look at the first Twitter image downloader software for Windows 10 available in this list. 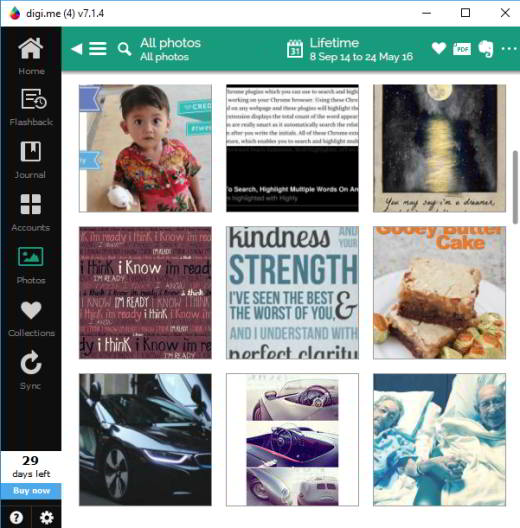 SocialSafe is an all in one free Twitter archive software. Apart from downloading Twitter photos, it can also download all your Twitter DMs, tweets, followers, following, etc. What I liked the most is that apart instead of just downloading your own Twitter photos, it fetches photos liked or retweeted by you.

Another interesting feature is that you can create a single PDF of all Twitter photos. You can also connect Facebook, Instagram, LinkedIn, or other supported accounts as per your need. I must say this software has many useful as well as interesting features.

Its free version lets you connect up to 4 accounts (of different networks or same network). However, this software can’t help you download Twitter photos of any user. But not to worry, as the software listed below can do this task very easily. 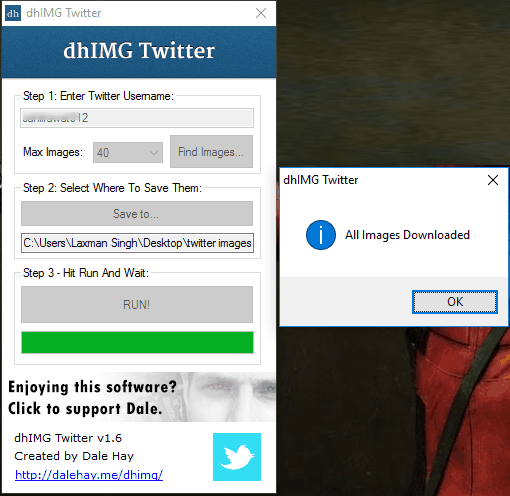 You first need to enter the Twitter handle (or say username) and the number of photos (40, 20, 1000, 200, 500, etc.) that you want to fetch. Once you have done that, you need to select the target directory where the output image will be saved. Finally, you can use RUN button and it will automatically fetch and save photos of that particular Twitter user.

So, as you could see, using this Twitter photo downloader for Windows 10 is too simple. Also, there are no settings to customize. Just a straightforward interface and three steps you need to use to download Twitter photos.

You may also read its detailed review.

It is pretty clear that SocialSafe is an advanced and better software for sure. It is really a good Twitter image downloader software for Windows 10. However, I must say that dhIMG Twitter is also worth trying as it is really easy to use and can download photos from any Twitter account in just three simple steps. If you guys know about any other free Twitter image downloader for Windows 10, feel free to share with us in comments section.