This is the list of 3 Best free dubstep software for Windows. These software let you create dubstep tracks and save on your PC. These software come with built-in sounds and other beats that you can include in your final music. Also, you can add sounds of various music instruments to the track you are creating. You can include multiple beats in your creations and also sync them in such a way that they will not feel distinct when you hear them. Some of the following software are advanced and can do other tasks as well. For example, some of these software come with beat editor that you can use to control beats in particular dubstep sequence. 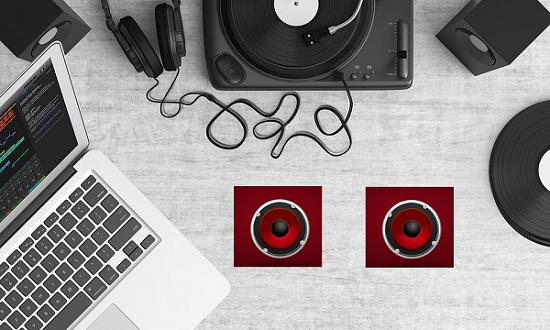 Dubstep is actually a type of dance music which can be created by mixing various beats. And these software let you do that very easily. After creating your dubstep music you can save it on your PC. The music that you create using these software can be used with YouTube videos. Since, this is your own music, so there will be no copyright issues. There are already some beat maker software, but they only focus on creating beat from the scratch. To make a dubstep, you will need some extra features in addition to beat maker and editor. 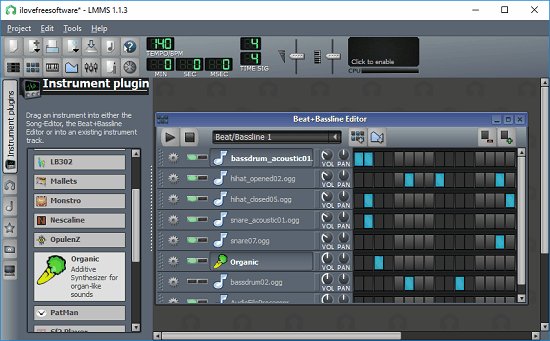 LMMS is a free music composing suite that you can use as a free dubstep software as well. This is a cross-platform and powerful software that you can use to create dubstep music. Though, it doesn’t comes with pre loaded beats, but you can create your own beats and create dubstep from them. To create a dubstep, you can access a lot of instruments that it supports. After you have created dubstep, you can save your creation on your PC. The software allows you to export the dubstep track as WAV and OGG file.

Apart from adding instruments sound, you can also use other features of this software. The software comes with beat editor and song editor. The beats you create for dubstep, can be fully customized with the help of beat editor of this software. You can control the beat frequency, volume, pitch, pan, etc. You can also mute or manipulate channels in your track and do what you like.

If you have knowledge of music and handling these type of music software, then you will easily figure out how to create dubstep using LMMS. After opening the software, create a new project. Next, use the various tools from the software to create your dubstep and save it using the Save option in File menu. There are instrument plugins installed in this software, you can access them from the left pane. From the list of the instruments you can drag the one you want and add it to the beat editor. After that, configure its properties like volume, pitch, and edit the pattern. And finally, after writing your dubstep music, save it as WAV file and use it where ever you want. 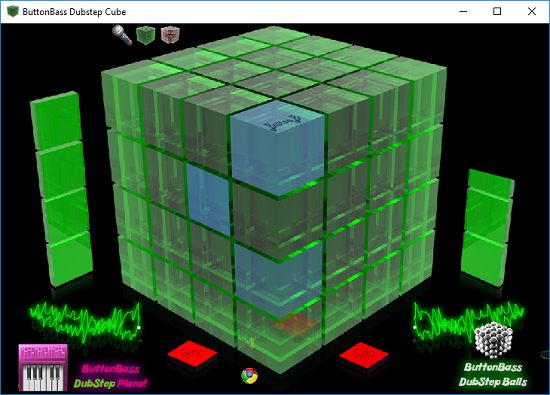 Dubstep Cube is another free dubstep software for Windows. This software primarily focuses on dubstep and has the features regarding that only. The software comes with a lot of pre-ready beats. You can just select the ones you like and create dubstep. You can mix the beats to create a perfect one for you and sync it. By syncing those beats, they will not sound separate. After syncing you will be able to hear them in proper music as you listen in songs. However, there is a limitation in the software that you cannot export the dubstep to a file. For saving the dubstep, you will have to record the music using any PC sound recorder software. Or, you can use software that we have listed here.

Using Dubstep Cube to create music is very easy. It just requires Adobe Air available on your PC. When you start the software, you will see a cube in the middle of this software. The central cube is divide in to various other cubes, denoting different beats. You can click on anyone and the beat assigned to it will start playing. Click on multiple small cubes to mix the various beats. You can also remove a beat from the combination music by clicking on the cube again. This way, you can easily create dubstep music with Dubstep Cube freeware. However, the only thing which I found missing from it is the export option. 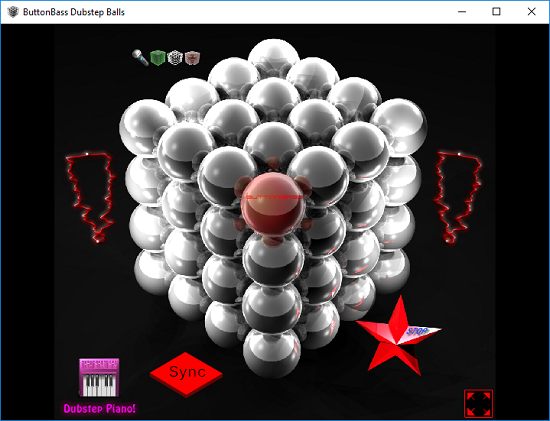 Dubstep Balls is another software from the developer of Dubstep Cube. The difference in the software is that it has different beats in it that you can use to write dubstep music. This software has a lot of ball like buttons arranged in shape of a cube. Each ball denotes a different beat and you can use those beats to create dubstep. The software supports Sync feature to mix all the beats you have chosen for your dubstep equally. However, the same thing is missing in the software that is the export option. You will have to use an extra PC audio recorder software to record the dubstep music you are creating via this software.

The software is very easy to understand and use. You just have to install it first on your PC. When you will open it, then you will see its main window where you will see balls arranged in cubic shape. Click on any ball to play the corresponding beat and you can hear it in the headphone. Click on the other balls to add the beats in your final music. To remove beat from the final sequence, simply click on the same ball again. It keeps playing the music that you create using the software. And while the music is playing, you can record it via PC sound recorder software.

So, this is all about this free dubstep software, Dubstep Balls. The beats for the dubstep that it offers are very good  and if you are creative enough, then I am sure you will come up with a very good music.