Cyber Dust is a free Snapchat alternative which doesn’t store data anywhere. It means, no one has access to any of the texts, images, videos, location, etc. sent by you. All the texts are sent in encrypted form and they never reside on any hard disk other than the sender’s and receiver’s phone. As I have mentioned that it’s a Snapchat alternative, it automatically implies that all the messages will self-destruct (known as Dusting in the app) after a few seconds. The Cyber Dust app is funded by none other than the Mark Cuban, owner of the NBA’s Dallas Mavericks.

As for the contacts, you can either add users as your friends or simply follow them. The app even has accounts of celebrities which you can follow. The app also lets you create group of your friends to broadcast (known as Blast in the app) messages to them. The app also lets you know whether the user can take the screenshot of your texts or not. If the screenshot is taken, then it also notifies you. You can even delete your account from the app whenever you want. 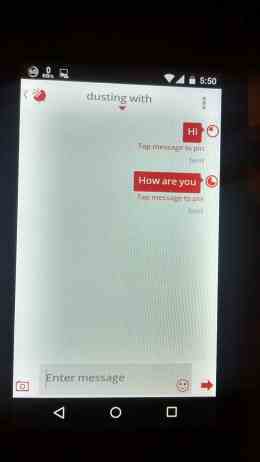 Note: Since the Cyber Dust app doesn’t allow to take screenshot, hence the images used in this post have been captured by using another phone.

Like every other social media networking app, the first step is to register for an account. So, you will also go through the same process of providing a few details, adding a profile pic, setting a bio, and all other formalities. Once you have done all that, you will land on the interface shown in the screenshot posted below. You can see that there are 4 tabs: Dusts, Friends, Blast, and More. I will talk about them one by one. 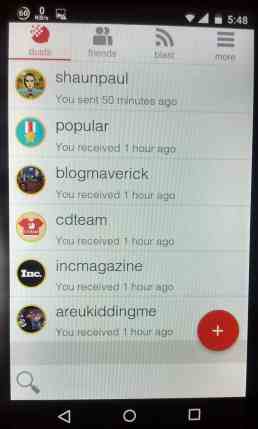 You can type the text in the given text field and attach media files using the camera icon on the left. There is also an icon for adding smileys which are in the form of monkeys. Tapping on the three dot icon at the top right gives you the options to take action on the profile of the user. You can choose to recommend the user to others, add him to the group, mute him, mute blasts from him, or simply delete him. 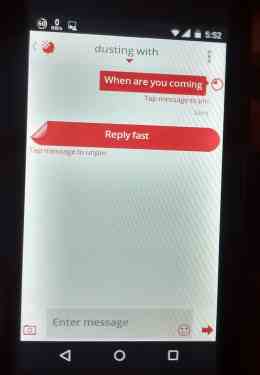 Check all of your friends from here. You can also start a conversation by tapping on any of them. Tap on the + icon to get options to add friends, invite friends, browse your followers, and browse the users muted by you. 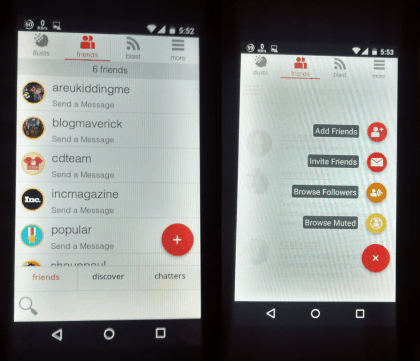 There are two more options: Discover and Chatters. Discover shows you the list of recommended users whom you might like to follow or make friends with. While Chatters also does the same thing but shows the users who are open to conversation more than the others. 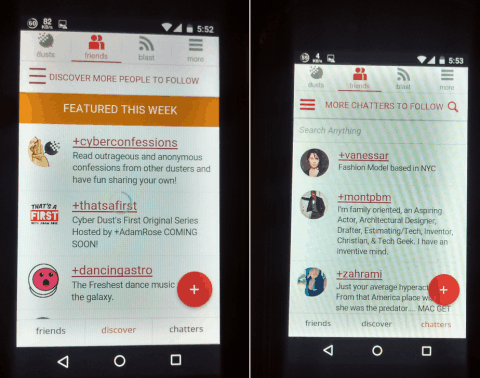 As I have told you that Blast means broadcasting a message, so this tab will let you do it. You can choose to blast Photo & Video and Text. But to blast, you first need to create the group which you can do by using the option Blast Lists. The app will ask you to give it a name and choose the friends to add. When you have created the blast list, tap on it and send message like you do normally on the app. 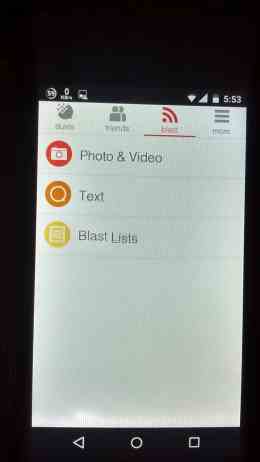 Checkout your profile, edit it, check followers, find new users to add or follow, and change your email address and password. You can validate your phone number from here, logout, and even delete your account from here. 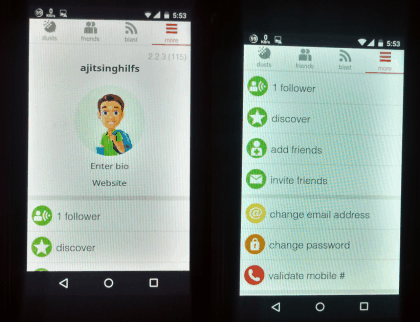 You may also like: 5 Android Apps for Sending Self Destructing Messages.

Cyber Dust is a good Snapchat alternative given the fact that it provides almost same functionality and doesn’t even store data on server or anywhere. The feature of not letting the users capture the screenshot is also like an additional layer of security. So, if you have been worried for the privacy and security on Snapchat or you’re simply looking for an alternative, then this is the app for you.