Snake Hunt, is a free Windows 8 snake game app. It’s a fun game app, that is based on the classic snake game, where you have to eat up the mice, in order to get bigger and to score the most. However, there’s one more twist in the game. You have to continuously keep eating, because if you don’t do so, your life meter runs out of life, and the game ends the very moment. Besides this, if you touch any of the walls, the game ends.

This is a good Windows 8 game app to kill some free time. The game has 3 game difficulties. And the good thing about this game app is, it runs without getting connected to internet, at all. 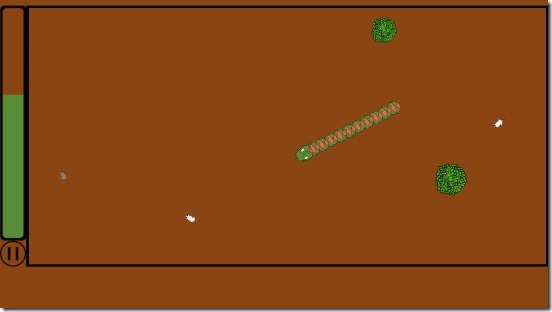 At first look, the game seems like it’s been made for touch devices. But, it is equally fun in non-touch devices as well. All you need to do is, click and drag your mouse to the direction, where you want the snake to move. The snake automatically follows your cursor. The game graphics are very basic but decent, and so is the music. The graphics are in 2D. The simulations in the game is fine, and to some part, depends on the game difficulty mode. 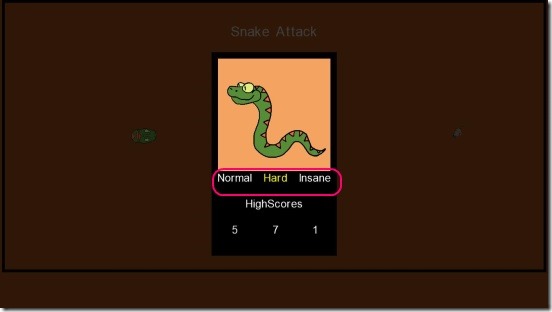 The gameplay is what makes the game app fun to play. Since, it is based on the classic snake game. So, it’s obvious the game has to be good. The game rules are just the same, but with one addition. The game has a life meter, which continuously gets emptied, so the more time you spend without eating any mice, your life meter runs that much low. And, if it get’s completely empty, the game ends the very moment. Now, this is another feature of the game app, that makes it more fun and challenging. You continuously have this challenge, of eating mice before life meter runs too low.

Like I said above, the game has 3 difficulty modes. They are nothing but, the speed of the snake and the mice. The insane difficulty, has fastest snake and mouse, and also in this difficulty, the mouse is most active and, runs around as much as it can. But, you can use your body to block him, and eat him. Also there’s a steady growth in the game difficulty as you grow bigger. So, if you really like to challenge yourself, or think of yourself as the snakes master, then try playing it in Insane difficulty and try to stay longer. 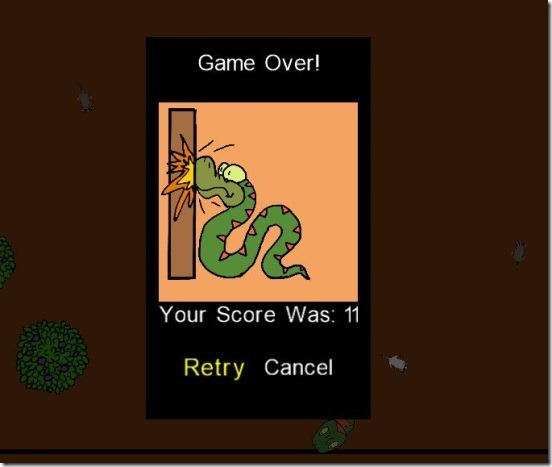 Also, try out these modern Windows 8 version of the classic games: Capman, Microsoft Mahjong, and Snake on 8.

Snake Hunt, is a good Windows 8 snake game app. There’s no need of learning anything. Simply, play the traditional snakes game, as you know it, and with one good addition. Runs well, has good sync between control and actions. All in all, a good game app to play when free.