PDFPreview for Windows 7 is a free software to preview PDF files without opening them. For those of us who work extensively with PDF documents face the hassle of having to open the file every time we want to check what it contains. A preview function would be extremely helpful, just like with pictures. Thankfully, it seems like some people have answered these prayers. There is now a program which does just that so that we can view the documents without having to open them. 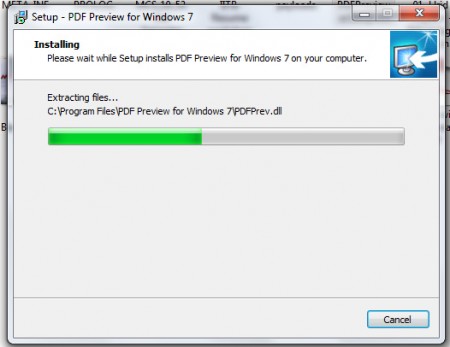 Features of this software to preview PDF files:

You can also check out Quick PDF tools reviewed by us.

The software isn’t very large, just over 3 MB in size. For the size, it offers decent functionality and downloading isn’t an issue at all. Installation is over in just a few steps and hardly takes any time. An added installation that needs to be done is the previewHandler. This changes the icon and gives a mini preview of the file. Unfortunately, this feature did not work on the system that was used to test the program. 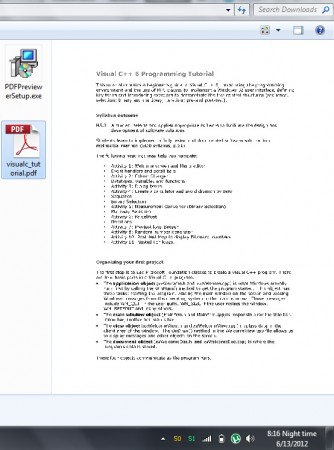 The software delivers on most counts considering it’s a new program and is quite small in size. It doesn’t have an interface to speak of, but the preview functionality can be seen in the thumbnails. Renderings are pretty good. One of the glitches faced during testing of this program was that the icons did not change like the program said it was supposed to. Considering that the program is optimized for use on 64-bit operating systems and the test system was running a 32-bit version, this is a glitch that can probably be overlooked or atleast ignored until the testing is done on a 64-bit system. The program seems to work quite smoothly and never hangs the system or lugs resources. The lightness of resource use is one of the biggest positives about the program.

The program can be recommended for those who work extensively with PDF files, but is not an absolute necessity otherwise. Download PDFPreview free.