If you really want to improve your English accent, then this app is the best that provides you easy tutorial for the same. The app has the three categories of learning which include chart, practice taster, and quiz taster. All these three categories makes your learning perfect on your iPhone, iPad, or iPod touch. 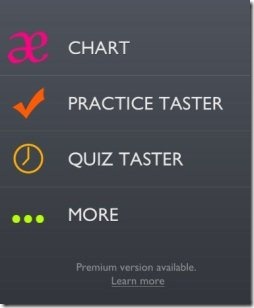 Sounds app lets you hear the pronunciation along with the written tutorial. The good part of this iPhone pronunciation app is it’s the way of explaining with example. If you long hold on any word in the word chart, then the app will let you hear the sound of the word with a perfect example for the same. If your iOS device screen is small, then rotate your device to landscape mode to tap on the words with ease.

Another good part of this iPhone pronunciation app is that, it allows you to read, write, and listen to words and their pronunciation. It’s smart functionality also tells you the correct word with correct spelling and perfect pronunciation if you have typed wrong while giving the test.

How To Use This Pronunciation App?

Launch the app and then select the language in which you want the accent i.e., British English or American English. Now start with the word chart category of the app. Tap on the words to hear the pronunciation sound and long hold on the word to listen the word along with an example. Learn the pronunciation of all the words in the word chart. Now, head to Practice Taster and Quiz Taster category of the app to proceed. You can select the option between read, write, and listen. The app will let you learn the pronunciation accordingly. If you want to select change the accent, then go to more option and then settings.

You can check out iPhone dictionary apps reviewed by us.

Hit here to download and install Sound app from Apple App Store or just scan the QR code below. 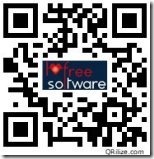 Sound app improves your English accent with both British English and American English. You can easily learn on your iOS device and on your Windows PC with its Sound app Windows version.