Blue Bird 2: A Flappy Resurrection, as the name suggests is an alternative for Flappy Bird. It is available for free on the app store for iPhone, iPad and iPod Touch. After Flappy Bird was taken down from the app store, people are finding it really hard to let it go. As a result, we have another flying game based on same concept with a bird trying to pass through the obstacles encountered. The game features two modes namely classic mode and non classic mode. Just like Flappy Bird, this game too, is very hard to play and extremely addictive once you get hooked. Blue Bird 2 has almost the same game play as its original counterpart, The Flappy Bird. 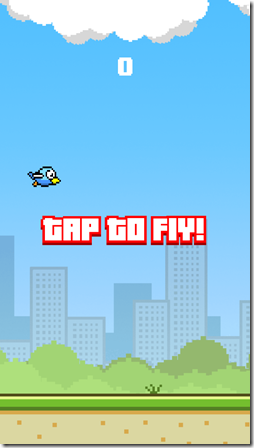 The game play of this game, as mentioned is similar to the Flappy Bird. One point to be mentioned here is the music of the game which is surprisingly very pleasant. Usually, such games feature a music which causes disturbance in the ear but they have done it differently. Also, there are two modes for playing, Classic Mode and Non Classic-Mode. 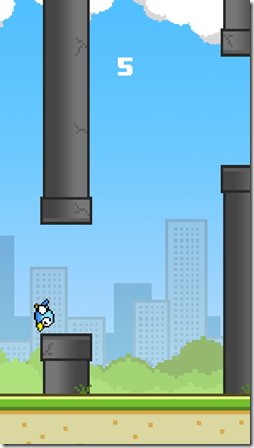 The classic mode is exactly similar to Flappy Bird. Bird has to go between the pipes to survive. The more you tap, the more it flies. In the non-classic mode, those pipes are also moving up and down to make the game even more difficult. With the difficulty of the Blue Bird 2 being already very high, this step wasn’t necessary after all but still, it is good to have something different.

The game also integrates beautifully to Apple’s Game Center and you can view your scores on the leaderboard. You can also share your score via Twitter. Blue Birds 2 has many choices for the colour of the bird you want to fly but all of them are locked. You have to review the game on App Store to unlock the birds of other colours. 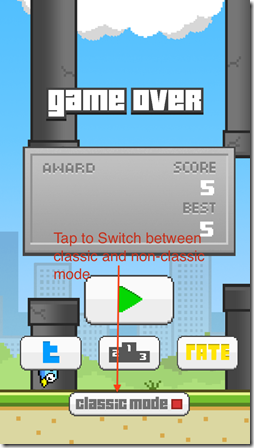 The Blue Bird 2 is very addictive just like its original counterpart, Flappy Bird. It has a similar game play with almost same quality of graphics. Just the edge this game provides is wonderful music and a non classical mode for the ones who do not find Flappy Bird challenging enough after months of playing. Though, for a professional Flappy Bird player, there might be some difference in the graphics of the game that may delay its adaption. But for a newbie, it can barely be noticed.

You can get Blue Bird 2: A Flappy Resurrection from here.