Being a perfect shooter is all one wants when you think of shooting games or archery games. In archery games you use a bow and a arrow to shoot at different targets usually a bullseye board. You score by hitting closest to the bullseye or hitting the most objects given to you. Archery games are quite fun games to point and shoot targets. It will give you a good archery skill assessment to you. Most of these games simulate a archery arena with a bullseye placed at several different distances.

All these apps are free to download from the Windows 10 store. You can be the perfect sniper who uses bow and arrow instead. Let’s have a look at these 6 free Windows 10 archery game apps below. 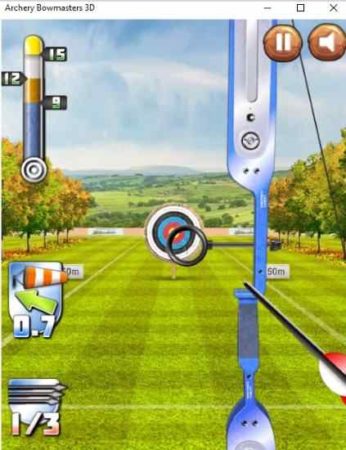 Archery Bowmasters 3D is a nice archery simulator game. In this game app you can go through multiple levels starting at level one. In the first level you will be shown a bullseye target and you have to take a aim at the center. Shoot the arrow as close to the center of the bullseye as possible. This will give you higher scores. For taking aim, press on the bow and move the target aim circle around. Once you have it at the perfect position, then release the arrow. From the second level onward you will also have to keep the wind speed in mind, which will also be displayed on the left side of the game window. You are scored based on which spot you were able to hit on the target. 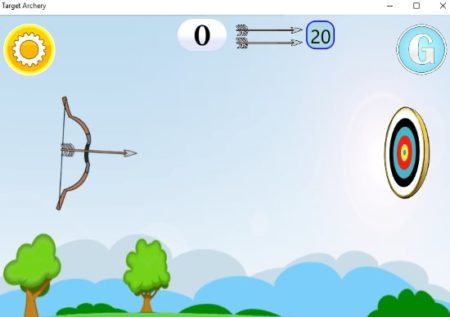 Target Archery is another fun archery game app. When you start this game you will get an interface like the one shown in the screenshot above. The game doesn’t have any intrusive ads and all you have to do is aim and shoot. The bullseye target moves its place each time you shoot an arrow in it. The game is timed and the clock starts at 20 seconds. Shoot as many arrows as you can in 20 seconds. You will be scored depending upon the position you are hitting on the bullseye. Your score can also be seen right at the top of the page next to the timer. While aiming you have to keep in mind the distance from the target, the angle, etc. If you aim at the center and shoot you might miss the bullseye center because the arrow is traveling a distance and the angle and speed of the arrow changes during this. So you have to keep all this in mind. 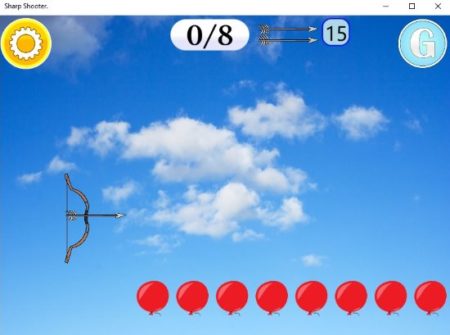 Sharp Shooter is a fun game app. When you start this game you will come across a screen like the one shown in the screenshot above. In this game your target is to pop all the balloons you see on you screen using the given bow and arrows. The balloons will keep moving from the bottom of your screen towards the top of your screen in a continuous loop. The game is timed and you will get 15 seconds to pop all the balloons. You can use any number of arrows you want. There are a total number of 8 balloons which you have to pop in 15 seconds. This game has about 20 exciting levels and each level the number of balloons to pop will keep increasing. You are scored based on the number of balloons you pop. 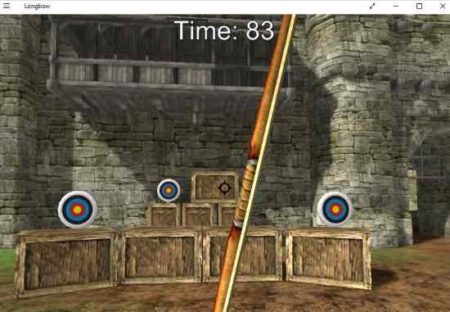 Longbow is a tough archery game. Some levels in the game you might find difficult to play. When you start the game you will be shown different worlds or themes you can choose from like village, castle, and highland run. Once you choose you will be shown the level of difficulty which are normal, hard, and Robin Hood. Choose the difficulty level you want to play and proceed. You will be shown a longbow and a target in the distance which you have to hit. You will also be shown the wind speed which is a crucial factor in hitting your target. You will be scored based on the position you hit at in the bullseye. Personally I found the village level very difficult, I was hardly able to hit any targets in that one. 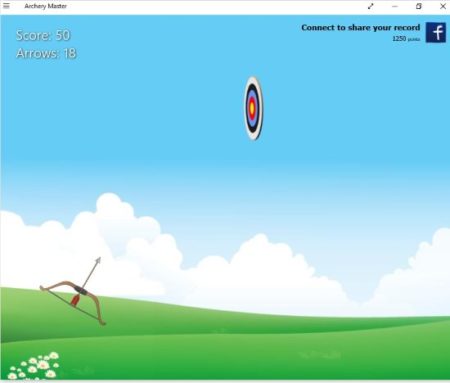 Archery Master is a fun archery game app for Windows 10. In this game app, when you start the game you will see a screen like the one shown in the screenshot above. You are given 20 arrows to start with and the target is right in front of you. Your aim is to hit the center yellow colored bullseye each time. But the catch is that you have a moving target. Each time you hit a arrow in the bullseye, it will move to a different position. When the arrow hits the center bullseye then that arrow is not counted like a bonus arrow. If you hit anywhere else apart from the center then one arrow is taken away from your total of 20 arrows. When you are out of arrows its game over for you and you will be shown your game score. 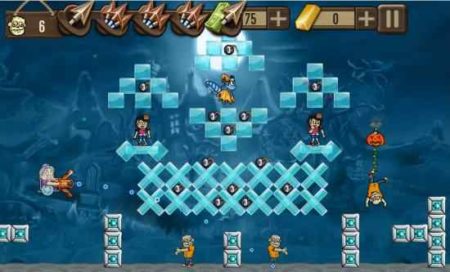 Archery Blitz is a real fun game where you have a bow and arrow and your aim is to shoot and kill zombies. The game has 120 levels to play with beautiful graphics and background sound. The initial levels have guides with them to tell you how to play the game. But the game is quite easy to play, so you can go ahead and jump in to play. Each level in the game will tell you how many zombies are there in that level. Each level also has its own difficulties and obstacles. The game is lots of fun and challenges you at the same time. So definitely try this game app out.

These are the 6 free archery game apps which work out of the many you will find in the Windows 10 store. Some of the apps in the store don’t work properly or the game play is just not challenging enough. So I have not included all those apps. These 6 apps work great and are a lot of fun to play. So check them out and see which one you enjoy the most.