Shazam is a free Android app to identify songs on Android. Shazam is one of the the most popular apps in Android Market to listen to your favorite songs on Android. Many a times it happens that we very much like a song, but we don’t know the album name and the name of the song itself.

Shazam is one of the best Android app to let you play your favorite song on Android, even if you don’t know the name of the song and the name of it’s album. Also, you don’t need any sign up to get started with the app. Let your Android identify songs and listen them with Shazam.

The interface provided by Shazam app looks very real, and all the options are very well-organized. Just open the app, make your Android listen to the song you want to search for, touch on your Android screen on Shazam symbol and the app will start recognizing the song. Just wait for some time and your favorite song will be there in front of you within some seconds. Tap on YouTube button to play the song on YouTube.

Also, the app tells you the full information about songs which includes its album name, name of the song, name of the singer and label of the song. I tried Shazam app on my Android phone and found that it is not able to search all songs, however, Shazam library is getting vast day by day. 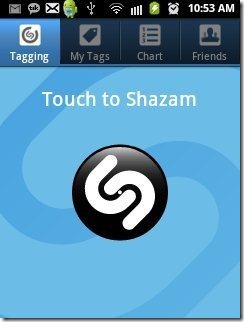 You can also check out MP3 Music Download Pro app for Android reviewed by us.

Some Key Features Of Shazam App To Identify Songs On Android: 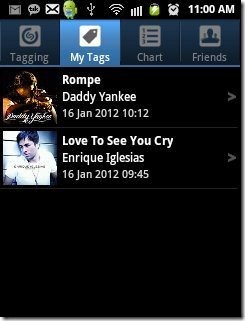 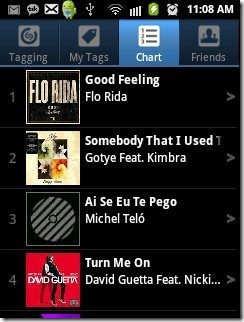 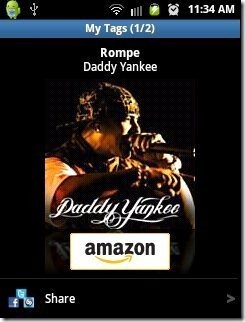 Also, check out Saavn app to listen music on Android reviewed by us.

How To Install Shazam App On Android: 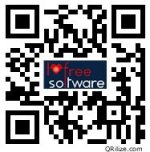