Freestyle Baseball 2 is free baseball game app for Android with 3D rendering and incredible graphics. You can play freestyle baseball in different environments such as baseball parks, pyramids, subways, and streets. It is a real-time PvP baseball game with a single player, multiplayer, and a custom game mode. It offers amazing characters, mission, game assets upgrade, maps, controls, etc. You can personalize a character and it’s equipment to make him throw and hit harder while playing. Play more and better to gain coins, which can be used to upgrade a character and the playing kits.

Perform well during the play to gain powerups, skill points, etc. and utilize them to enhance pitching and striking the ball. Combine new pitches with powerful moves like illusion, arrow, etc. in order to crush your opponents. Unlike other baseball games for Android, this one lets you invite your friends in multiplayer mode to play baseball battles in real-time, and gain more battle points to get on the top of the leaderboard.

The below image demonstrate the 1-on-1 gameplay of freestyle baseball. 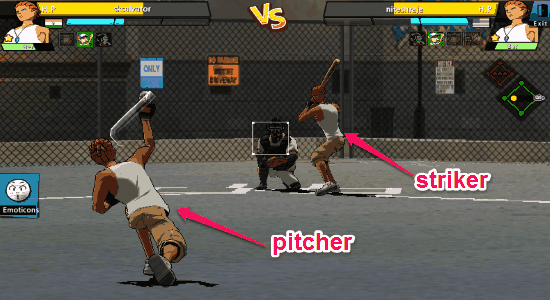 How to Play Freestyle Baseball Game with 3D Environments:

If you love playing baseball games on your phone, then my friend you should definitely download this game from Google Play Store.

Step 1: As soon as you open the game, it will ask you to select a catcher, your character, and the baseball bat. After that, tap the “Start Game” button at the bottom to proceed further as shown below. 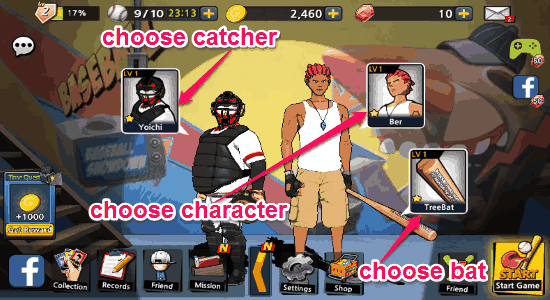 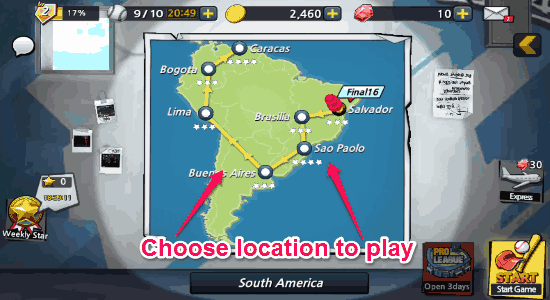 Step 3: After the gameplay starts, you will be able to see a big round joystick on the right of the screen. You can use the joystick to throw and hit the ball. All the power-ups will be visible around the joystick. Your role as a pitcher and a striker will change automatically after few throws or hits. Hitting the ball higher and to maximum distance increases the chance of gaining power-ups. The image below shows your character in the gameplay with power-ups. 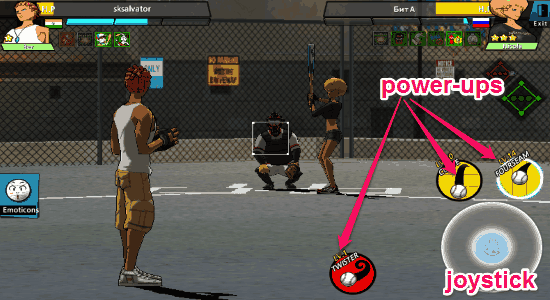 Freestyle Baseball 2 is an amazing and interesting game for Android with great graphics and features. The controls are pretty easy and the game is very addictive. Honestly, I don’t like playing baseball much, but after installing this game I am loving baseball and getting addicted to it.

Get this game from the link here.