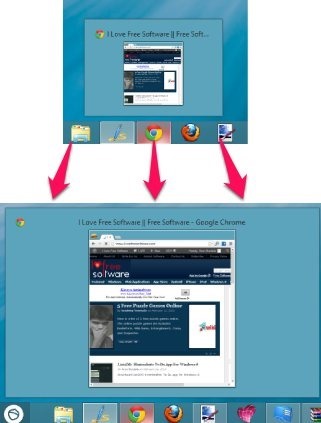 Taskbar Thumbnails Tuner also allows you to change the number of thumbnails in a group, horizontal spacing, vertical spacing, delay, text positions, and the application even has the ability to disable the thumbnails completely. The best thing about this app is that you don’t have to install it and the app is a portable standalone file.  Anyway let’s get started with the tutorial by following the steps below.

So follow this tutorial and learn how to change Taskbar Thumbnails Size In Windows 8.

Here are some other interesting tutorials on Windows 8: