Here is a free media player that comes with media file converter and audio recorder feature. This media player is known as “fmedia“. It consumes low CPU and memory usage which makes it useful for low configured devices as well. While playing the media files, you can begin the conversion process to get output media files in MP3, FLAC, OGG, M4A, WAV, or other supported format.

Apart from the conversion feature, it also brings audio recording feature which is good. You can play added media file(s) and start recording. The recording won’t cover the media files played by you. Instead, it will record only the external sound. Or else, you can begin the recording separately without playing the media files. 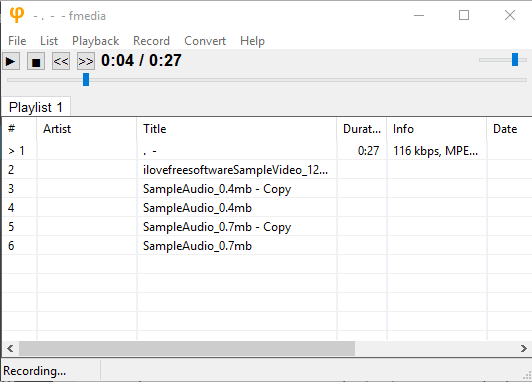 In the screenshot above, you can see the interface of this free media player. The interface and playback controls are very basic but media playing, converter, and recording features are nice. There is no other theme except the default one so you need to use the player with default theme only.

Using This Free Media Player with Converter and Recording Features:

fmedia is a portable media player. Its zip archive can be downloaded using the link given at the end of this review. Extract that archive and execute the GUI exe of this media player to open its interface. 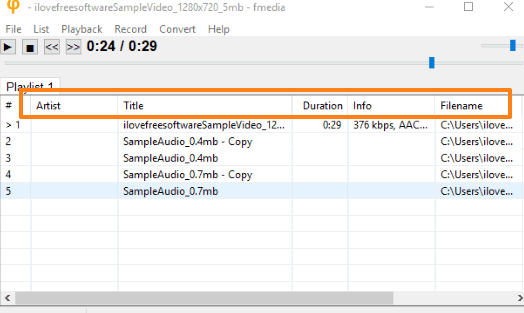 Once the files are added, you can see the list of all those media files. Though it can play video files as well, it won’t show any video. Only audio is played. For each input media file, artist name, title, duration, date, album name, and other information is provided. You can use Playback menu to control volume, switch to next previous tracks, seek forward, leap back, and other playback controls.

You can also convert the selected media files. Use Convert menu → Convert option and a separate window is opened. Using that window, you can select file name, file path, manually add output format for the conversion, and then start the convert process. Supported conversion formats are: OGG, OPUS, FLAC, M4A, etc. 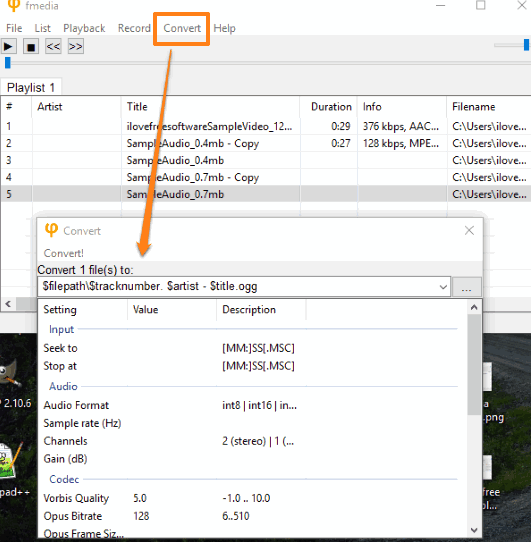 While playing media files, you can also start audio recording. Not to mention that microphone is needed on your PC for the recording. Use Record menu → Record… option. A separate window will open similar to Convert option. Using that window, you can select the output folder, format, file name, and then start the recording. 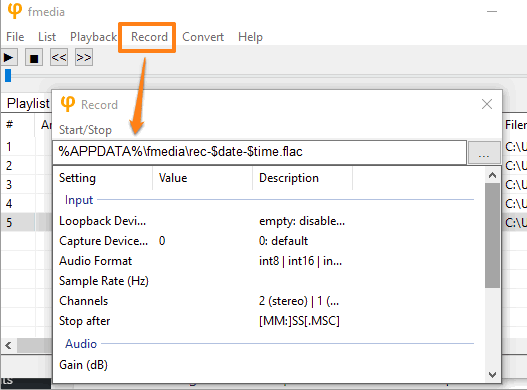 When recording is done, stop it, and access the output file.

If you want to record audio along with playing the media file, then simply use Record → Play and Record option.

These are the important features present in this free media player. Try the player and see if it is good enough for you.