This is a quick tutorial to explain how to transfer Google Keep notes to Evernote. For this I will use a free command line tool KeepToText. This tool takes Google Takeout archive and extracts the notes from that and convert them to plain text files. You can then import those notes in Evernote in one shot. This command line tool is very simple and you just have to run one simple command and it will handle the rest. It creates a folder, containing all your Google Keep notes in plain text form. And being a command line tool, you can use it convert multiple Google Takeout archives in batch if you have different Google accounts.

By default, Evernote doesn’t give you an option to import notes directly from Google Keep. But if you want to switch to Evernote or you need your Keep notes in Evernote as well, then this tutorial will help you. Just call KeepToText command line tool and it will easily transfer Google Keep notes to Evernote. After you have imported notes in Evernote, you can sync them across your other devices. However, for this tutorial, I will use Evernote desktop to import notes. 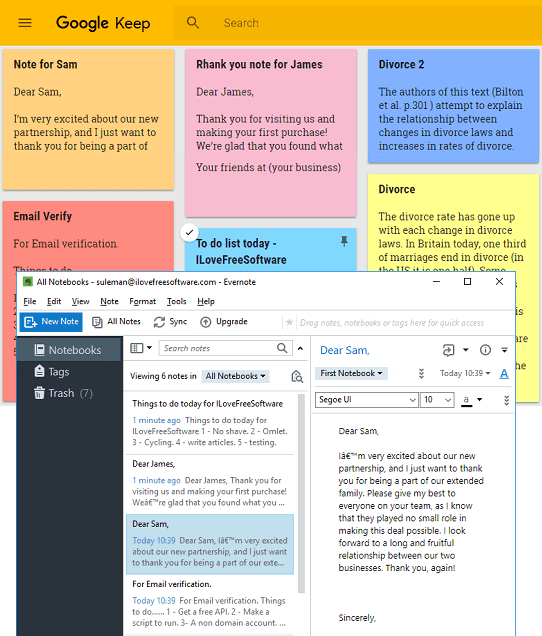 How to Transfer Google Keep Notes to Evernote?

KeepToText is a free and simple Python script that you can run on any platform. And thus no matter on which platform you’re using Evernote, you can always import your Keep notes in that.

Here are the steps to transfer Google Keep Notes to Evernote.

Step 1: Make sure you have installed Python and downloaded the ZIP archive of KeepToText from this link. After that, extract it to some folder of your choice.

Step 2: Download the Google Takeout archive of Google Keep. For that, got to this link, and then it will show you the list of all the Google apps. Just select Google Keep and go ahead to download the ZIP archive of your notes. After getting the archive, place it in the same folder where you have extracted the KeepToText. 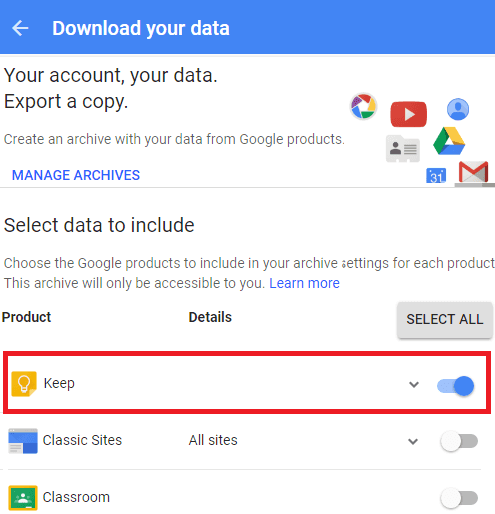 Step 3: Open the command prompt in the same folder where you have kept the Google Takeout archive and “KeepToTxt.py” file. After that, just run this command and it will create “Text” folder in the same directory, full of your notes in plain text mode. 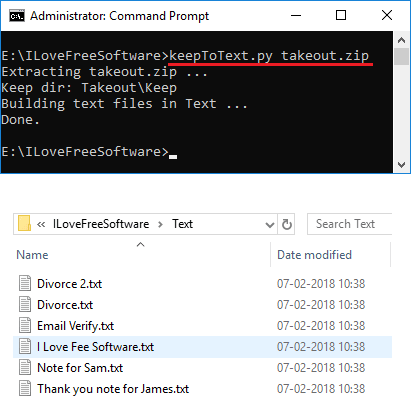 After the tool has placed your notes in the “Text” folder, you can import that folder in Evernote. Just got to the Tools > Import Folders menu and specify this. It will grab the notes and will separately import them in Evernote. You can see the screenshot in the beginning of this tutorial.

KeepToText is a very handy tool for transferring Google Keep notes to Evernote. You just have to execute a simple command in order to get the plain text from of your Google Keep notes. And then easily import them in Evernote. If you use both of these note taking services, and want to transfer Keep notes to Evernote, then this tutorial will help you do that. Just follow the steps above and transfer your notes in a few seconds.