For each song, the app displays song name, artist name, and album name. The app also shows artist info and top albums of that artist. You can even choose the album art cover quality for songs. The app supports Normal and High quality album arts. 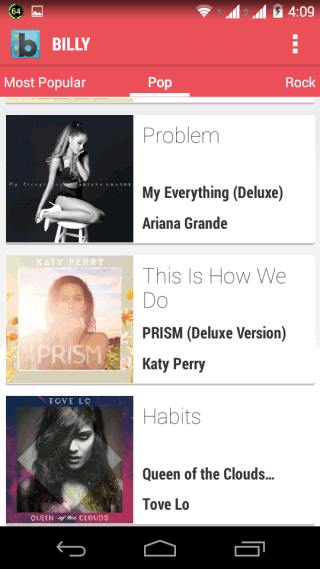 Note: This is not an official Billboard app.

One of the cool things about this Android app Billy (Billboard Charts) is that its completely free, no ads, and doesn’t need any type of information from your end. You can start using this app as soon as you install it. On launching the app, you will see its home screen, which is set to Most Popular by default. 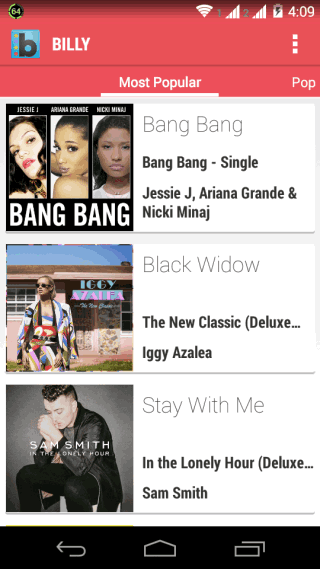 There are a total of 4 categories: Most Popular, Pop, Rock, and Dance. You have to swipe left and right on the screen to switch between them. On switching, app displays top 20 Billboard songs to you, for the genre selected by you.

For each song, you can check its album art cover, song name, album name, and artist name. Using this info, you can decide whether you want to listen to a particular song or not. You can also use this app to just browse Top 20 Billboard songs.

For listening, tap on the song you like. You will see the interface as shown in the screenshot below. There is a large album art cover for the selected song, with a play button in the center. Tap on it to listen to the song. You can tap on time seek bar to jump song to any particular time. 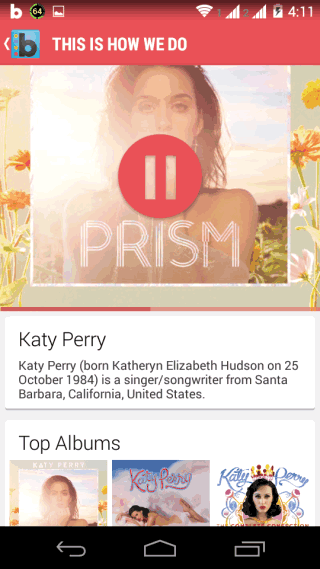 Just below the album art, you can read a little bio of song’s artist with a list of his/her top albums. All the albums are displayed to you with their album art cover.

If you will scroll a little more, then you can  see the preview of official YouTube video of the song selected by you. 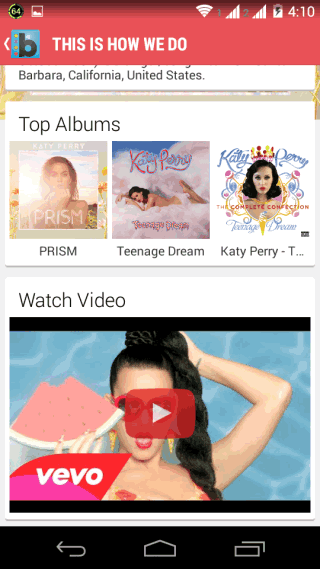 You can tap on it to view it. While watching video, you can also choose video quality. 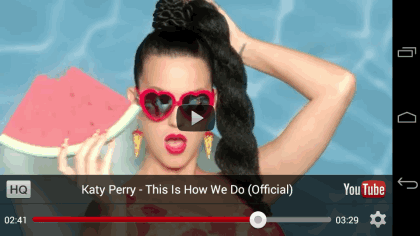 You may also like: 5 Free Relaxing Music Apps for Android.

Billy (Billboard Charts) is an amazing and awesome Android app to listen top Billboard songs and watch official YouTube video of the song. The app is also good for those who are only interested in watching the list instead of listening. This app is a must try for all music lovers.