Dopamine is a free music player for Windows with smooth looks and a very easy to use graphical user interface. The ease of use and its looks make it feel like an Android music player. The developer has designed it especially for its looks and ease of use. This application is also portable and lightweight. Users can organize their music collection effectively using Dopamine. Dopamine has a spectrum analyzer and you can also compile a playlist of your favorite songs on it. This free audio player supports wav, mp3, ogg, vorbis, flac, wma, aac and m4a audio formats. 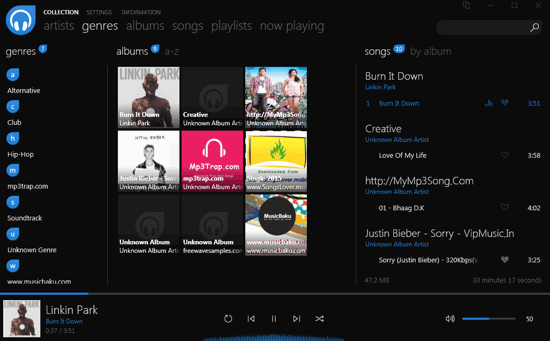 Make sure you check out these 4 gesture music apps for Android if you identify yourself as an audiophile.

So let’s check out Dopamine.

How to use Dopamine

Using this free music player is like eating a slice of pizza (read: smooth and easy). You’ll find the songs organized neatly in sections by their Artist, Genre and Album. All of these sections are at the top of the Dopamine music player. This makes browsing music really easy for people who love music from a wide range of genres. Users can browse all the unfiltered songs under Songs tab. You can add and remove the metadata columns in the Song tab by toggling the desired one from the Column option at the bottom left.

Custom playlists can be created for your favorite songs. To do that, go to the Playlist section and click on New Playlist and give it a name. Next, right click a song and select Add to Playlist to queue it in the desired playlist. 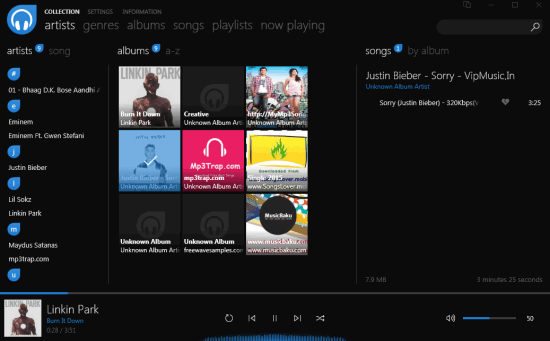 Let’s talk about the playback that Dopamine offers. Dopamine feels much faster in responding to commands rather than most of its contemporaries. As mentioned earlier, the developer avoided making it in a full-fledged music player. But, it feels like a proper music player anyway. Click Now Playing to access the main player. Users can play the music from the player dock at the bottom and avoid changing to the main player. Like every other audio player, Dopamine has play, skip, shuffle, repeat and volume controls. Dopamine plays music without any hitch while rocking the spectrum analyzer. However, I was unable to play a few songs which kept on showing errors. You can set a target folder from where it will import the audio files. 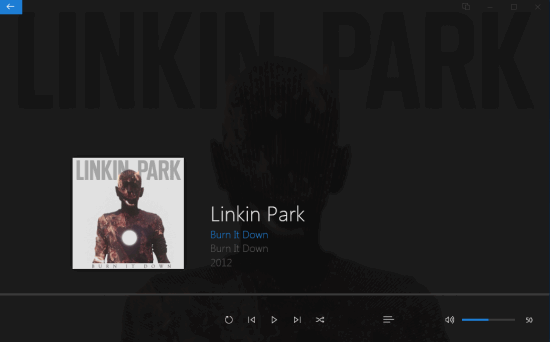 It uses the album cover of a song as its skin instead of a boring chrome finish you’ll find in most of the audio players.  Users can further change its appearance in the Settings’ Appearance tab where they can change the color theme.

Dopamine is an awesome minimalistic free audio player which also qualifies as a slick and attractive audio player. The only thing that caused distaste is its inability to play some of the files for reasons unknown. I give Dopamine 4 out of 5 stars with all the above pros and cons bearing in mind.