DesyEdit is written in C++ and it not only uses less system resources but also loads very fast. You can say it is a good replacement for Notepad. 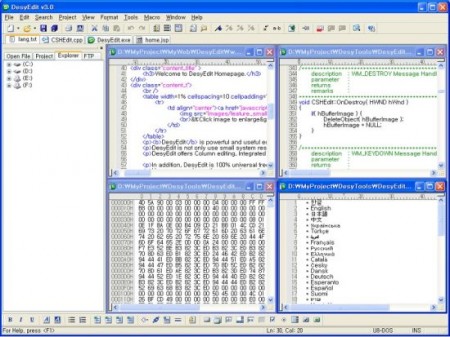 Lets look at some of the many features of DesyEdit:

You can also edit multiple documents using DesyEdit. For example, you can switch between documents using file selection tab. When you press ctrl+Tab it will bring the last accessed document to the top.

Also Desyedit has Auto-detection file format. For example, if you open a file written in a  different Operating system like Windows, Unix, or Mac, DesyEdit will easily be able to detect the operating system. Not only detect but DesyEdit can also convert the file format from one to the other.

You can also check out other similar articles like TED Notepad, Metapad and PSPad.

Overall DesyEdit is a very useful program and is very easy to use. I would suggest it is worth giving a try to.