Ideally, I would have loved a way to just add FTP details in Plex, and let Plex take care of the rest. Unfortunately, Plex doesn’t have such an option. So, I will take help of another freeware, that will add FTP server to my PC as a virtual folder. Then, we will ask Plex to explore that folder, and Plex in turn will show all the media files stored on FTP Server. You can then play those files like any other media file you would play on Plex. The process is simpler than it sounds. Let me show how. 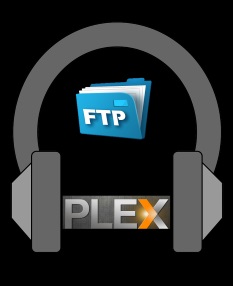 I will use a freeware called FTP Drive to assist the process of playing songs, videos from the FTP server on Plex.

How to Play Songs, Video From FTP in Plex?

If you are a music enthusiast, then I am sure that you would have heard about Plex. Plex is actually a media server to play media files such as audio, video, and browse images. Installing and configuring Plex is very simple, and we have also covered it in this article.

Since Plex doesn’t support adding media from an FTP server directly, so I have found a very nice workaround to do that. To play songs from FTP on Plex, first I will mount the FTP server as a folder to a virtual drive using free software FTP Drive and then I will add that virtual drive on Plex. After that, Plex will automatically list all the media in that FTP directory and will list them on the Dashboard.

I have divided the entire process to play FTP songs, videos into two parts. In the first part, I will tell you how to map a virtual drive with the desired FTP server using FTP Drive. And In the second part, I will show you how to import songs from the newly added drive using Plex.

Part 1: Map the FTP server to a drive using FTPDrive

Follow these simple steps to mount a FTP location as a folder using FTP Drive.

Step 1: Download and install FTP Drive from this link.

Step 2: Open FTP Drive settings from its tray icon, and then click on Edit servers list manually. After that, a window will pop up where you have to specify the FTP server credentials. Here you can also assign a Drive letter to the FTP folder. 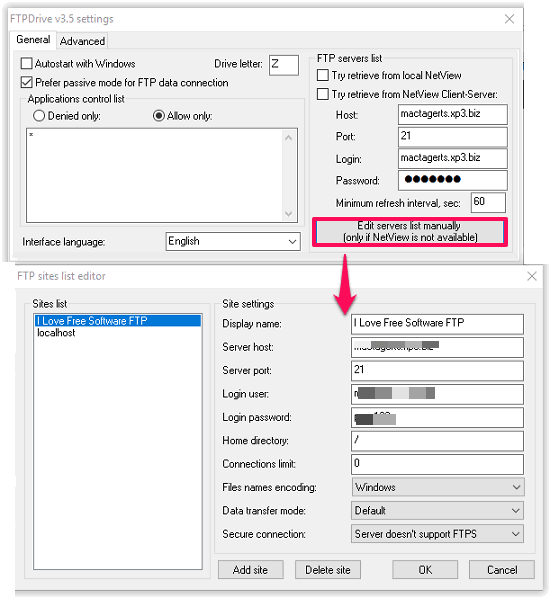 Step 3: When you have specified the FTP server details, you will see an empty drive will appear in the Explorer. 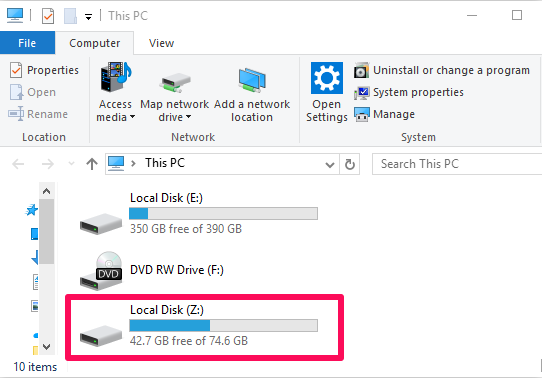 Now, the drive has been set up and is ready to be used in Plex to play songs from FTP.

In the method above, I have explained how to setup the FTP server as a folder. Now I will show you to use the mounted FTP server to add media to Plex.

Step 1: Run Plex, and after login, navigate to the Dashboard. 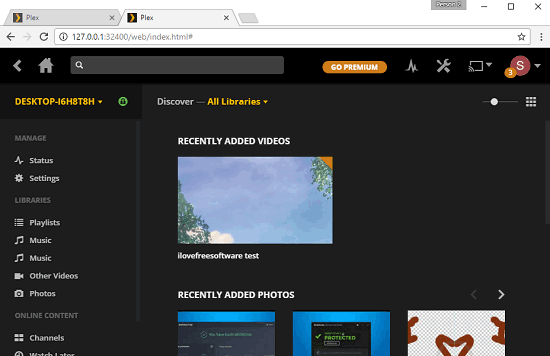 Step 2: Now, add a library and when it asks you to specify the directory, simply choose the newly added drive (Z in my case). Now, locate your FTP site in the list and the directory which contains the music. 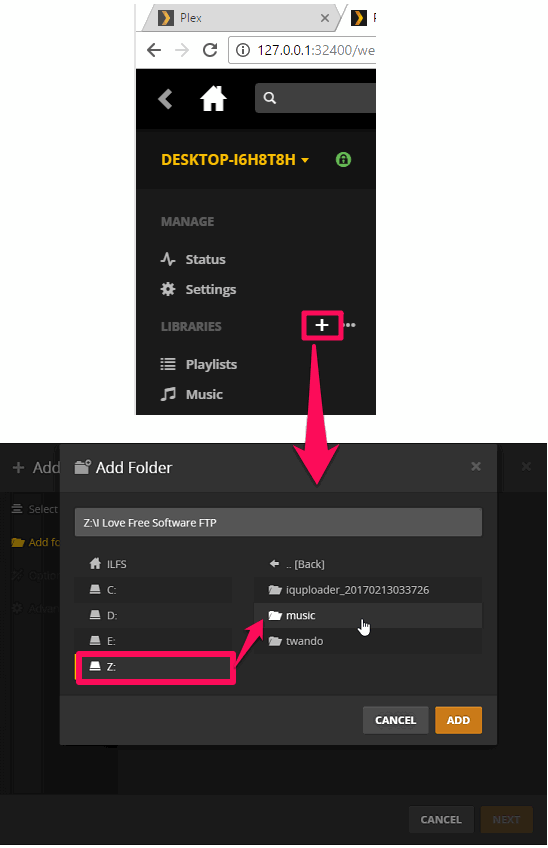 Step 3: When you have specified the directory, end the wizard by clicking on the appropriate buttons. And when the process is finished, Plex will automatically list all the songs from that FTP directory. Do note that Plex hasn’t downloaded the media yet, and is directly letting you browse media from your FTP server. 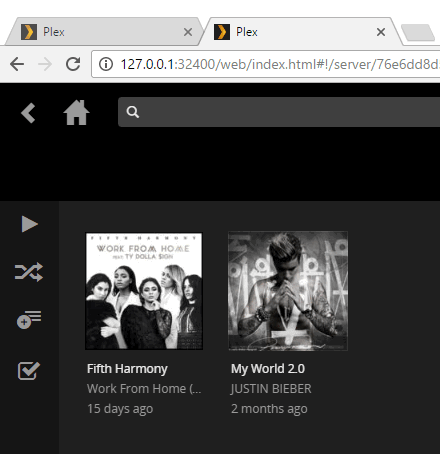 To play any of the added audio or video file in Plex, just click on it, as you would normally play any other media file on Plex. At that time, Plex will start streaming the media directly from the FTP server that you have specified.

When I started looking for a way to play FTP media in Plex, I was really surprised (and disappointed) to see that Plex does not provide any native way to do that. Plex is so vast and supports all types of media sources out there, so I was assuming playing FTP on Plex would be equally easy. But it’s not.

Thankfully, FTP Drive provides a very easy way to get around this limitation of Plex. Just store your FTP server details in FTP Drive, and then use Plex to add the FTP folder, and finally stream songs from FTP.

If you know of any other way of playing FTP files in Plex, do let me know in comments below.