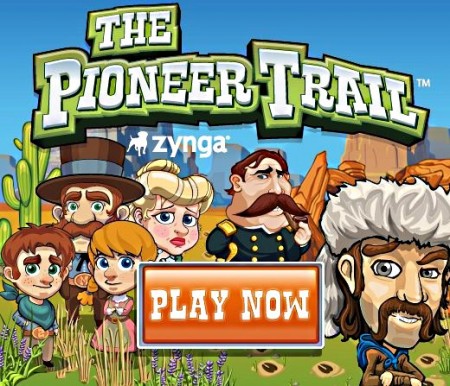 You have to be a pioneer of the American old west where you build a homestead in this free Facebook game and then you advance to become a great Samaritan. Your tread in the Facebook Pioneer Trail consists of clearing the land, cultivating its agricultural standards. Then bringing your life on track altogether by gathering food supplies, furnishing your homestead and tending to the livestock. You cultivate crops, replenish livestock and livestock supplies. Plant trees and perform a lot of other actions to gain experience, food supplies and other items to advance in the free Facebook game.

You can gain premium items if you purchase some Pioneer Trail points. But of course, it is an optional feature.

I have always been in love with this niche of free Facebook games, where you employ real life strategy to progress in the game. At I Love Free Software, we will try our best to unearth the free Facebook games which provide you unlimited entertainment.

Though we will be devoting a separate draft for Facebook Pioneer trail tips and tricks, here are a few starters :