This is a list of 5 free Mouth Talking app for iPhone. Using these apps, you can create hilarious videos by making your mouth in any photo talk with the custom recorded voice. You can simply capture new photos or use existing photos from your camera roll and turn them into funny mouth talking videos. After creating hilarious mouth talking videos, you can save them to your camera roll or share them directly via iMessage, Facebook, Email, Twitter, Instagram, etc.

So, whether you want to make hilarious birthday messages, make your buddies look silly and funny, make your pet photos talk, etc. you can use these simple and interesting mouth talking apps to do the same. Similar to another interesting website called “Blabberize“, these apps lets you make your photos talk by adding your own voice over in no time. 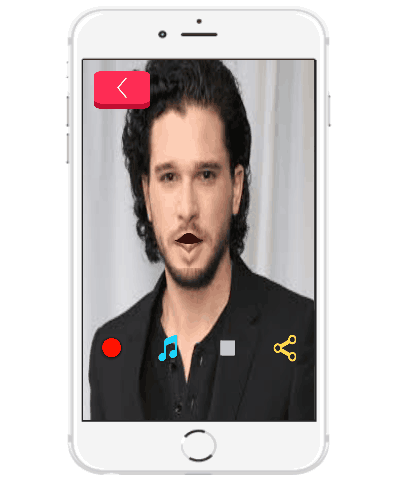 Let us get started with the mouth talking apps for iPhone and create some hilarious videos in which your photo talks. 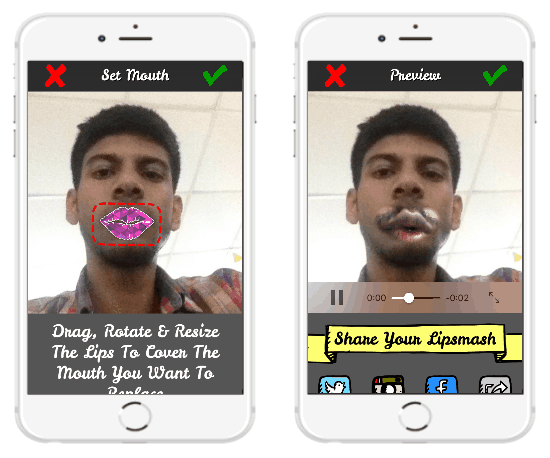 Lipsmash is one of the best mouth talking apps for iPhone using which you can make your photos talk. It actually lets you create a hilarious mouth talking video by dubbing your voice over a photo for 10 seconds. To make a photo talk, all you got to do is select a photo, place the predefined lips accurately on the mouth, put your lips inside the lip frame, and start recording a 10 seconds audio. You can either capture new photos using the built-in camera or import photos from the camera roll to make them talk. After you’re done recording an audio, you can play the recording and will notice that the lips on the photo are replaced by your lips and the recorded audio. You can also share the hilarious mouth talking video via Facebook, Twitter, Instagram, etc. 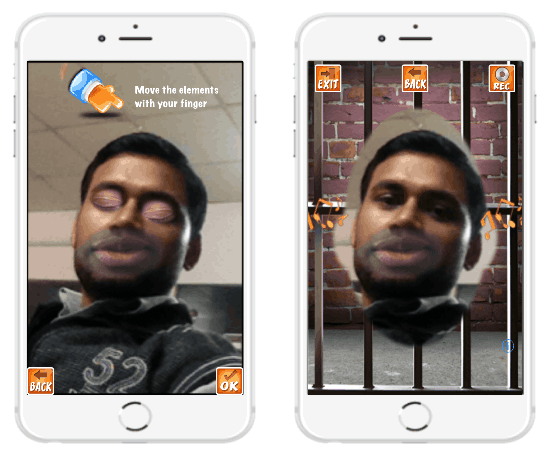 Photo That Talks is another amazing mouth talking app for iPhone which allows you to bring your photos to life by making them talk. Using this app, you can create funny caricatures or mouth talking videos and then share them with the world via Facebook, Youtube, etc. To make your photos talk using this app, you need to simply select a photo from the camera roll or capture a fresh one, and then choose any of the predefined eyelids and mouths. Once you do that, you can proceed and record your own voice over the photo. Whatever you say will be recorded (maximum 10 seconds) and the lips on the photo will say them loud. Apart from that, you can change the voice speed, insert accessories, decorate the photo background, add body structure, and hair style to the photo. While playing the recording, you can also hit the photo, slap, give a black eye, put a bandage on the face, etc. 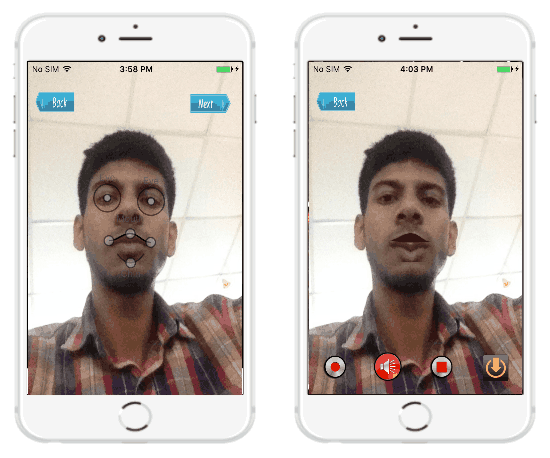 PicTalk is also a pretty interesting app for iPhone which can help you make funny mouth talking videos by adding sound to your still photos. For this, you need to simply capture a photo or upload one, and then it will ask you to position the markers of eyes, mouth, and chin to their respective places. Once you do that, you can move to the next step where you can record an audio which you would like to make the photo say. After recording the audio, you can listen to it and also see that the recorded audio is being said by the lips on the photo. The best part of this app is that there is no limit to the duration of the audio recording. In addition to that, you can save the mouth talking videos to your camera roll and share them with your friends via Facebook, Twitter, SMS, etc. 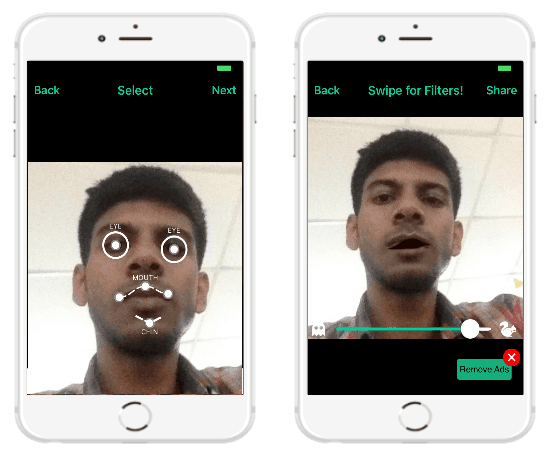 Talking Pets is also a very interesting mouth talking app that helps you create funny videos by making your photos talk. Although, the name of the app says “pets” that don’t mean you can’t make your own photos talk. To make your photos talk, you can start with selecting an existing photo or use the built-in camera to capture a new photo, and then you need to place the markers of chin, mouth, and eyes on the face similar to PicTalk app. As soon as you do that, you can hit “Next” and move to the next step where you can record an audio of up to 35 seconds which the photo will say in the video. One of the unique features of this app is that it lets you change the pitch of the recorded audio to make the mouth talking videos more hilarious. Not only that, you can even apply more than 10 photo filters before you save or share the videos. 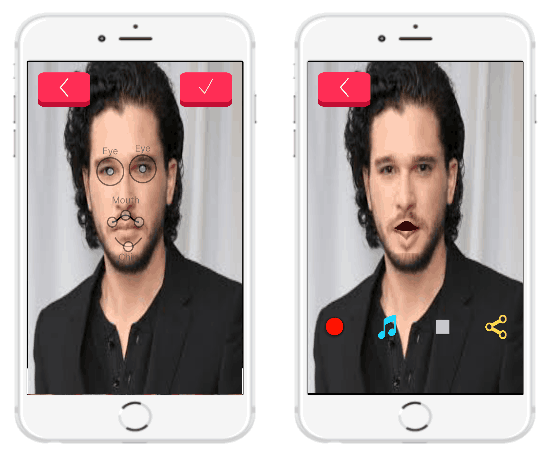 Similar to Talking Pets, you can also use Talking Cat app for creating funny mouth talking clips by making the lips on your photos talk. You can get started by selecting a photo either by capturing a photo or importing from the camera roll. After that, you need to set the positions of eyes, chin, and mouth by dragging the markers on the photo. Once you do that, you can proceed to the next step and tap the “record” button to start recording the audio which you want the photo to say. You can record the audio for as long as you want, in the same manner as you can do with PicTalk. When you’re all set with the mouth talking video, you can save and share it via Facebook, SMS, Email, etc.

If you want to make your boring photos hilarious, then start using these mouth talking apps to make your photos talk with your own voice and share them with others. Personally, I like Lipsmash as it allows you to replace the lips from the photo with your own lips and make the photo say whatever you want.

Try these apps and let me know which one you liked the most.