To do this, I will use a free multilingual Android translation app called Q Multi Language Translator. The best part is that you can also listen to the phonetics of the translated text. This makes this app more useful if you want to learn how to speak a particular foreign language/languages.

Of course, there are many free websites also to translate text to multiple languages online for free, but if you want to do that right on your Android phone, this app would come very handy. 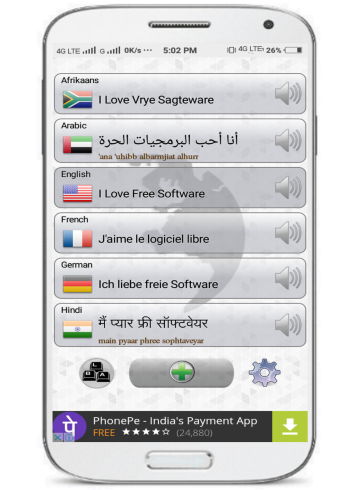 The best part of this method is that you can specify a text in any of the supported languages and then it automatically translates to the other languages. You can use any of the multilingual keyboard apps to type a text in different languages if not supported by your default keyboard app. You can also use any of these 5 free multilingual dictionary apps in combination with the app introduced in this tutorial to learn different words of foreign languages.

How to translate text into multiple languages on Android:

As I mentioned, I will use Q Multi Language Translator Android app to translate text into multiple languages. This app comes with a pretty nice interface and you can quickly configure it to translate text into your specified languages at once. Download this Android app from the link provided at the end of this tutorial and install it. After that, you have to select languages in which you want to get your text translated. Simply click on the “+” button that appears on the bottom part of the main screen of this Android app. After that, select languages from the list and tap the Close button. All your preferences will be saved automatically. 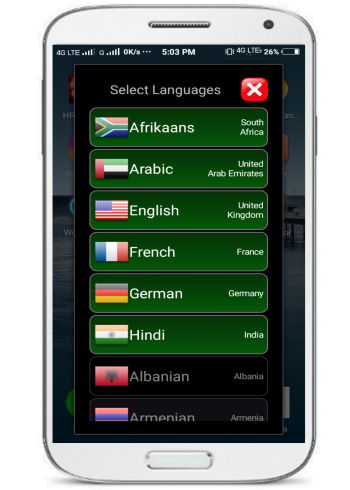 Now, all you have to do is select a language from the list on its main screen. It will then pop-up a dialog box in which you have to specify a text to translate into selected languages, as you can see in the screenshot below. You can also paste text from other sources in order to translate into different languages at once. 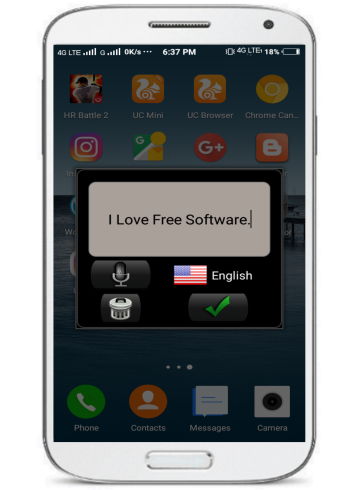 After specifying the text, tap on the “✓” button. It will then automatically translate text into multiple languages that you selected and displays the translation results right within its main screen.  Long press on the translated result of a particular language to copy it to the clipboard. You can also listen to the phonetic of the translated language by tapping on the speaker button.