Stayfilm is a free Android app to make a film using Facebook, Instagram, and Flickr photos. It also allows you to capture and import photos or videos from your phone to make a film. You can use this amazing app to bring all your photo stories together and make a film out of them with various visual effects and music tracks. No more use of core Android video editors to make films, as you don’t have to do any editing while using this app. The app does the editing part automatically, and all you have to do is import contents from either your phone or social networks. Discover and add tons of visual effects within the app to make your films look astonishing.

After you’re done with playing around and making astonishing films, you can share them with the world via Facebook, Twitter, and WhatsApp. You can make the films either private (with friends) or public (globally) before sharing. That means the films posted globally by you or other users all over the world will be visible on the “Movies” tab.

The following screenshot shows the “Movies” tab with films posted by users around the world. 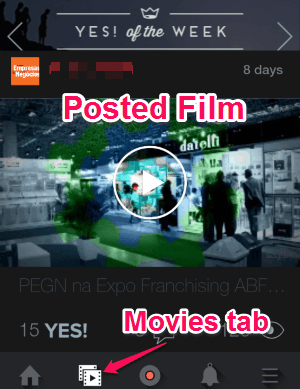 Along with this amazing movie maker app for Android, you may also try other apps to make films such as Magisto and FXGuru.

Download and install the app from the link provided at the end of this post or from the Google Play Store.

How to import photos to make a film:

Simply go the “Home” tab and select the option “Create Movie” to make movies either with your photos/videos on the phone or social networks. After that, it will ask you to add a title, add tags, and to import photos or videos. The following screenshot shows how to import photos to make a film. 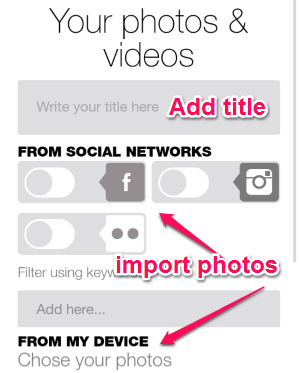 How to add visual effects:

After you are done with importing photos, choose a style for your film from tons of awesome visual effects available. All you have to do is scroll through the visual effects and select the one you like most. The following screenshot shows how to add visual effects. 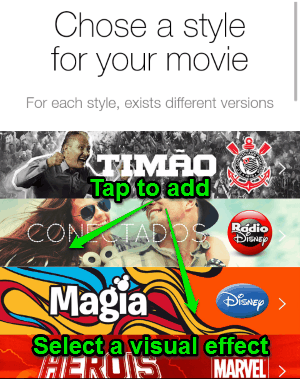 How to add details about the film:

After you have added the visual effect, you can proceed further to add details about the film. The app will ask you what your film is all about. There are different categories of tags available such as Love, My Story, Good Times, and Family & Friends. Each category has some pre-defined tags which you can assign to your films. The following screenshot shows how to add details about your film. 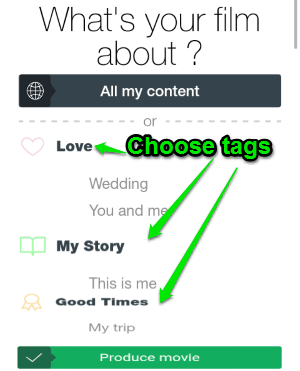 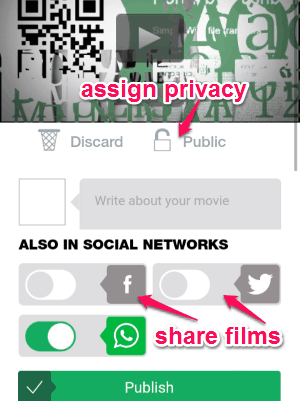 StayFilm is an interesting app for Android which lets you make movies using your photos and videos on social networks like Facebook, Instagram, and Flickr. The best part of this app is that it also allows you to import files from your device and make a beautiful film out of them. Tons of visual effects are also available to make your films look astonishing.