Maps Measure for Android is a fairly simple app in which you have to mark points on Google Maps and it shows you area and distances. Best part is that it utilizes Google Maps which gives you a familiar feel. You can look at locations in map view or satellite view. 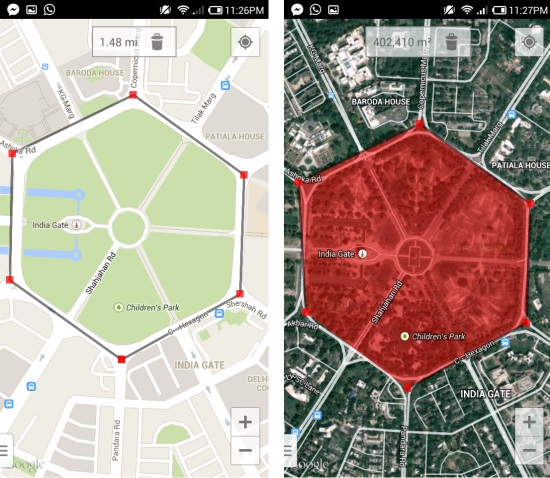 Feature of Maps Measure for Android:

Starting with Maps Measure for Android:

Get Maps Measure for Android from the link given at the end of this article. On launching the app, you will have the interface as shown below. To access the menu, slide from the left corner towards the right or click on the button on the lower left corner of the screen. From this menu you can click on the units option and change the default unit as seen below. Also you can search for location of your choice and switch between maps and satellite view using this menu. 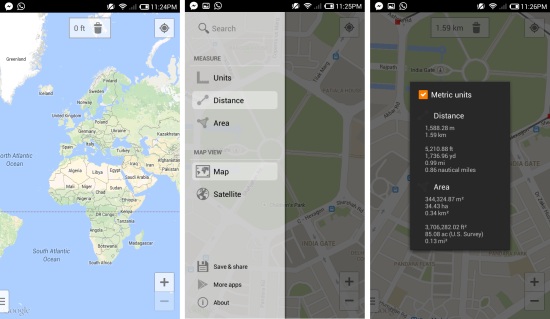 How to calculate distances in Google Maps:

For measuring distances, simply open up the location, object or path which you like to measure and click on the points to trace a path, and the measures will be presented to you on the top part of the app. If you have marked a point wrong, simply click on the delete button on the top of app. To erase the whole path just tap n delete button multiple times. You can calculate distance between two points, distance of an open path or a closed path by using Maps Measure for Android. 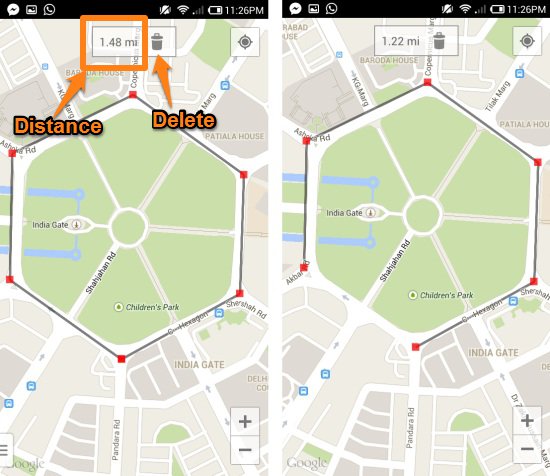 How to calculate area in Google Maps:

Calculating area is also very simple. Once you have marked the area which you want to calculate, simply click on the top where the app is showing the distances. Clicking on the button will toggle the app to area mode and you will be presented with the area. The selected areas will be highlighted as well. In the screenshot below you can see what happens after toggling the area option. 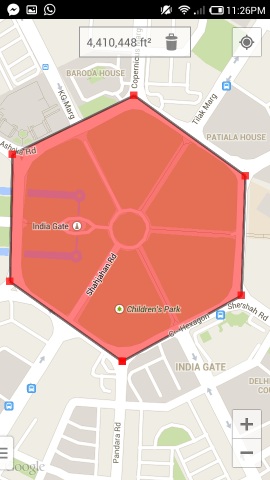 As an another example, I have selected some random tennis courts as seen in the first screenshot. Now click on the where the app is showing the distances and the area will be presented as seen in the screenshot besides the first one. 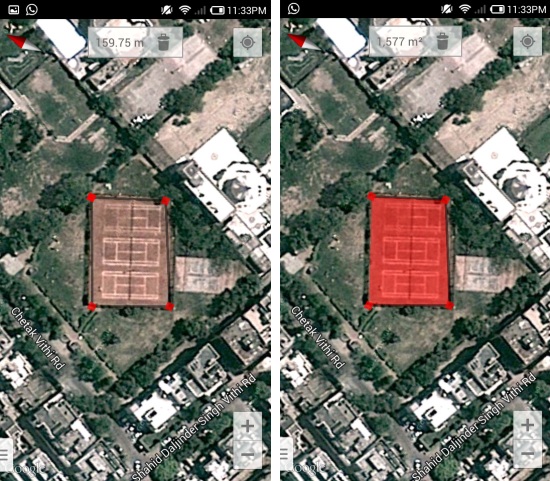 Maps Measure for Android is a very simple app which makes it really easy for measuring distance and areas on Google Maps. This free app has minimal and clean design and feels familiar to use as it uses Google Maps to show locations.

Get this Maps Measure for Android from here or scan the QR code below. 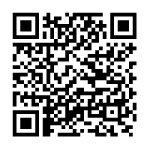