Before continuing any further I would like to let you know the limitations of this app: the free version offers you the ability to add 2 Google accounts and have 2 lists in each account with each list having only 7 tasks per list. Which is okay for an average user who uses task manager apps. If you would like to try out a task manager app for Windows 8 without these limitations then try out Task By Telerik. 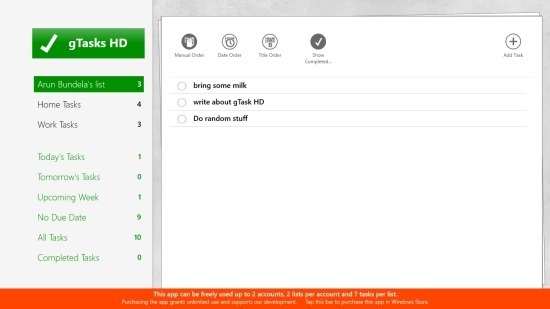 After you have installed and downloaded the gTask HD, just run it like any other app from start screen of Windows 8 and you will have the interface as shown in the first screenshot of this post. Now just click on the option as shown below. 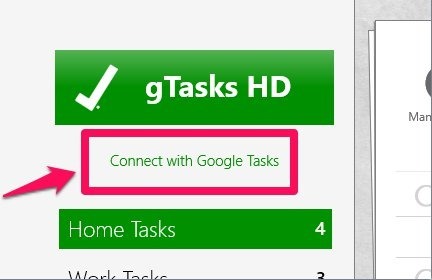 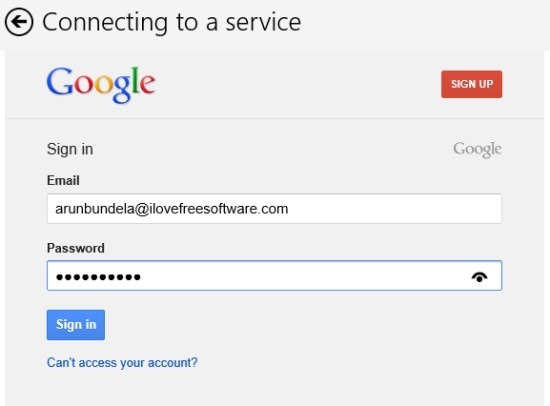 To add a task, just click on the add task option and the interface as shown below will appear. Now just start filling up the details like due date, reminder, the task, note etc., and when you are done click on the Save button. 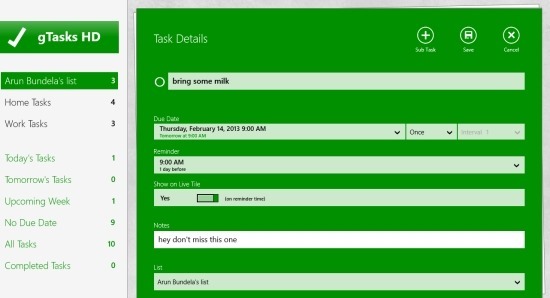 In total, this is a quality task manager app for Windows 8 that also provides you the ability to sync with Google Tasks in Windows 8. This Google Tasks App For Windows 8 is simple and intuitive and has a rich set of features. If you would like to test out other apps then click on this link.