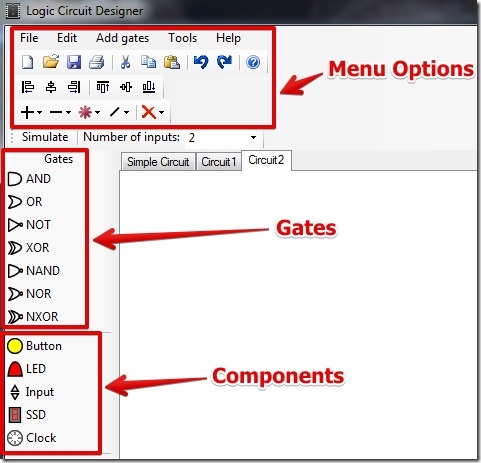 Connecting the wires can be a bit tricky as I did not find tools to bend or turn the connecting wires. However you can do that using the mouse right-click button. You can add a bending point on the wire by right clicking on the part of wire where you want the bend.

I like that you have the option to save the work either on local storage or you can print the circuit also.

Logic Circuit Designer offers simple but good enough tools to start testing the Digital Logic circuits. This software is meant for people who just want to test a digital circuit only for input and output. There is no option to simulate Sequential circuits, however you can design them. Simulation is quick and I enjoyed working with Logic Circuit Designer.