TherioImageStudio 2 is a free and lightweight software for Windows that is used to capture desktop screen as well as to convert an image into png, gif, jpeg, and psd format. Thus it’s a multipurpose software that can be used as a screen capture tool, as well as an image converter. You can also use it as a replacement for Windows default PrintScreen option because using TherioImageStudio 2, you can capture entire desktop screen and can save to in PNG format. Thus you don’t need to open any image editor to save your captured screen, as in case of the PrintScreen option.

Moreover, TherioImageStudio 2 lets you convert images in almost all popular formats (such as tif, png, tiff, gif, png, bmp etc.) to available output formats. But with some good features, it has few shortcomings as well. Such as, you can convert only a single image at a time and no drag n drop support is available to add image to its interface for conversion. But still it is useful and available completely free for everyone.

The screenshot below shows its beautiful interface where you will find two main tabs. 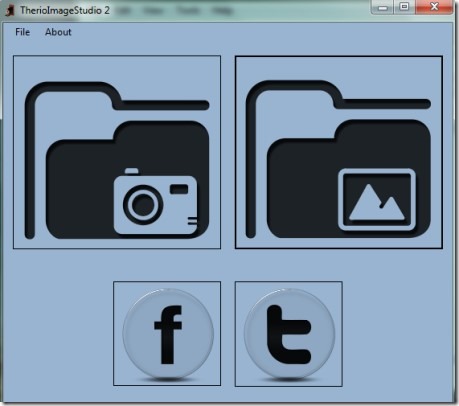 One is used for capturing the desktop screen and other one is for converting the image into supported output formats. These two tabs are also available as options in File menu.

When you need to capture the entire desktop screen of your PC, then select Screen Capture tab. It will open interface of Screen Capture where you can hit on capture icon (available at left side) and it will capture your desktop. After capturing the screenshot, you can save it at the desired location on your PC using Save icon in *.png format. 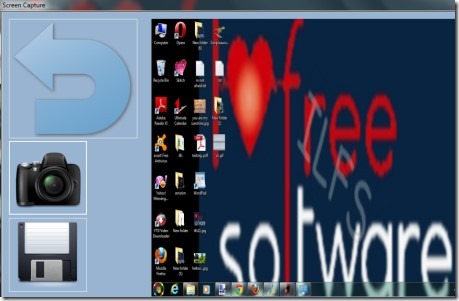 Click on the Image Converter tab available on main interface of TherioImageStudio 2 to use this feature. After this, you will come to the interface of Image Converter where you can add an image from your PC using Add icon. After adding the image, you can preview it on the right side as visible in screenshot below. After this, select an output format (png, jpeg, psd, or gif) and hit the “Save as” icon to save the image to destination location of your choice. 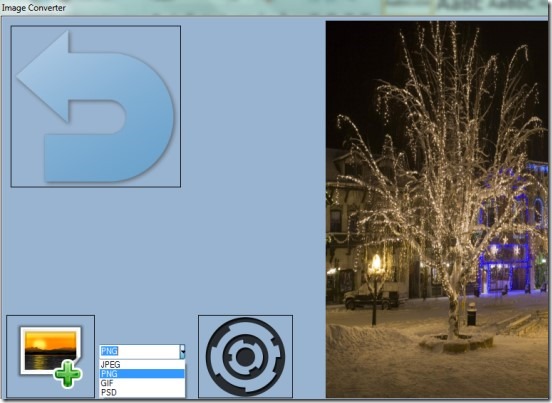 We have also reviewed 5 free image converter software for Windows.

TherioImageStudio 2 is a nice and handy software which you can use as a screen capture tool, an image converter, or both. It’s a unique software of its own type. But it would be more useful if users can add images in batch for conversion and take screenshots in different modes (such as selected region, window, etc.). You can try this software absolutely free. Tap on the link below to access its download page.

Some other screen capture software reviewed by us are: PC Screen Capture, Lightscreen, and CaptureIt Plus.