Let’s say you are watching your favorite movie or TV show and there is great song playing in the background. You think you know the song or have heard it before, but can’t put a finger on it. So you go and search the internet, but come back with no results. The song is stuck in your head but you just can’t seem to find it. You are in luck as there is TuneFind to the rescue. What TuneFind does is, it has a list of all the songs played in a particular episode of a TV show or a movie. Just go to the website, search for the TV show you were watching, look for that particular season and episode, and voila, you will find a list of songs played in that particular episode. 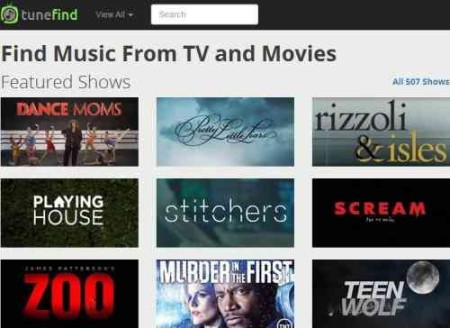 When you go to the website, you will see the names of TV shows and movies laid out in tiles, as can be seen in the screenshot above. Once you click on a tile for a TV show or movie, it will open up in a new page and you will get the details of the songs. Now in case of TV shows, you will see the current running season’s episode first. For example, I clicked on the TV show Pretty Little Liars and it took me to season 6 (which is the current running season) and listed all the episodes which have aired so far. Of course each episode showed how many songs were played in them, as shown in the screenshot below. 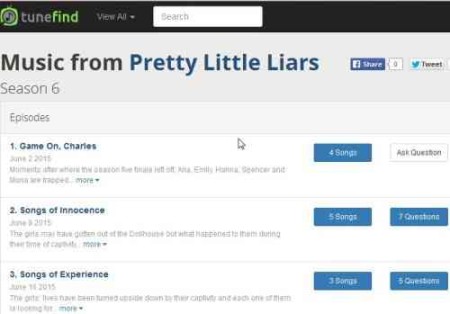 Now clicking on a particular episode will open the list of songs that were played in it. Each song will have a title and artist who performed it. You can listen to the song from here and can also download it from Amazon or iTunes. 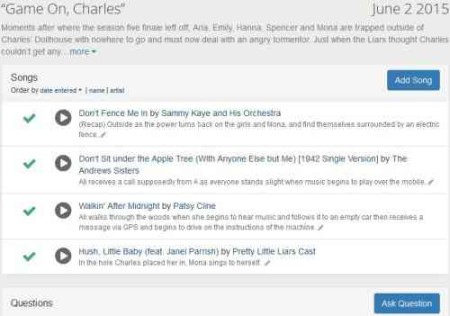 You will also see some additional details on the right hand side of the screen. As shown in the screenshot below, you will be able to check out the title track of the TV series. The second last option you will see is called “seasons”, with all the seasons for that TV series listed. From here you can check out songs that were played in previous season episodes as well. 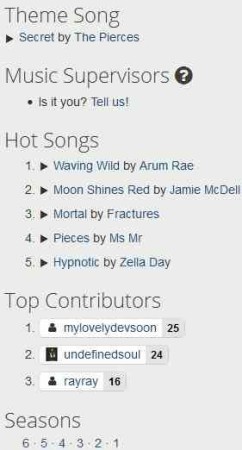 Now we ask the question how does the website determine if the song they have for a particular scene is correct or not. Pretty simple, the website works on the input of its users. So the users are the ones who add these songs to a particular movie or TV episode. Then other users come and vote on this song. You will see two options in front of a song: A Green check mark indicating that the song is correct and a Red cross mark indicating that the song is not correct. Depending on the user votes, a song is confirmed or removed from the website. Once there are enough correct votes for a particular song, the song is confirmed. If there are more votes in the not correct category, then the song is removed from the list. 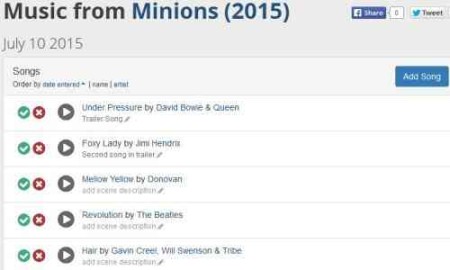 To add a song to a particular TV series or movie, you need to sign up with this website. Signing up with the website also allows you to vote for other songs and add questions if you have any.

Also, check out free movie organizer software reviewed by us.

I found this website to be very unique, because a lot of times when I’m watching a TV show or a movie, I end up wondering what song was playing in the background. Simply because the song was beautiful and I want to know the name of the song, so I can hear it over and over again. But now I don’t have to wonder, I can just come to TuneFind and check it out.