To achieve this, we will use a free software called MParallel. It is a Parallel Batch Processor Software. This is a command line software. Using this software, you can type all the ping commands on the command line, or you can even add them to a text file. 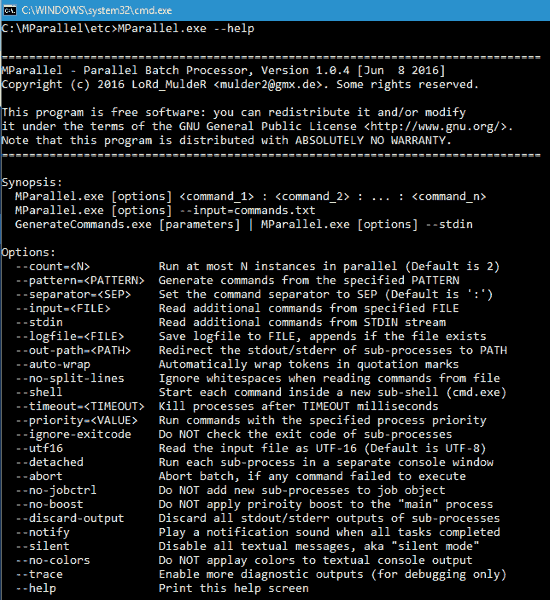 How to Run Multiple Ping Commands in Parallel:

First of all download this freeware in ZIP format from this link. Extract the contents to any folder and open the “ETC” folder from extracted folder. Here you will find the “MParallel.exe“. Now run the command window here (Click Shift + Right click on empty space >> Click on “Open Command Window Here”) and use any of the following method to run multiple ping commands in parallel.

You can batch ping multiple web addresses in one single command.

In the first example, let’s ping 2 websites in parallel. See the following command for that:

In the command above, -n represents the number of packets to be sent to the particular web address. So, I am sending 5 packets to Google, and 2 to Bing.

(– count represents number of parallel instances of Mparallel that we want to run. To ping 2 websites in parallel, I have chosen to run 2 instances). 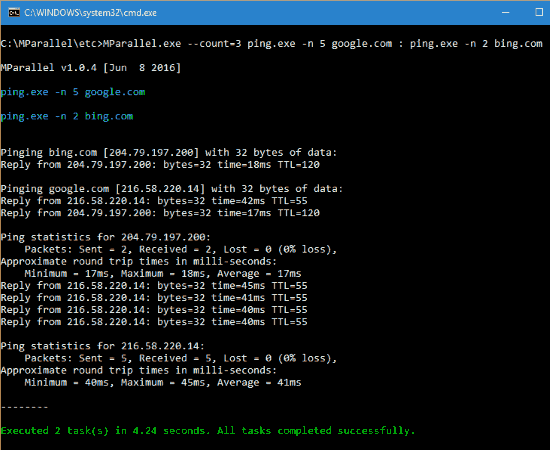 In this second example you can write the ping commands in TXT file and call it from “MParallel.exe” command prompt.

Open the command prompt and type the following command to call all the commands written in the TXT file.

When you run the above command, it will ping all the websites, and will show the response from them. See the screenshot below: 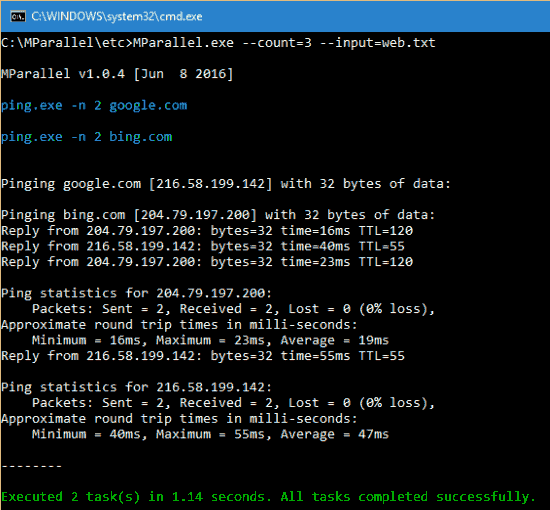 It pings the said web address for “n” number of times you set in the command. For example, in the above example bing.com is pinged 8 times, while google.com is pinged 5 times.

You can easily view the statistics of ping command on your screen that how many packets the ping command sent to the particular web address. It also shows received and lost packets.

You will get the Round Trip Time taken by Packets for sending and receiving for multiple addresses in Minimum, Maximum, and Average in milli-seconds on your output screen.

You will get the same output as in first example, but the benefit is that you can change any parameter in the input text file by using any text editor like Notepad.

You can also try Colasoft Ping Tool and WinPing software.

This is a pretty good tool that makes it very easy to run multiple ping commands in parallel, and ping multiple websites or IP addresses. The fact that it is totally free is a very nice icing on the cake.

You can get this freeware from here.

Know some other software that can run multiple ping commands in parallel? Let me know in the comments below.