This article covers how to enable picture in picture mode in Firefox. With this mode, you can pop-out a video playing on YouTube, Dailymotion, or other supported video streaming services. Once the video is popped-out, it will start playing on top of other opened applications in a small box. You can also resize that video box and move it anywhere on the desktop screen. Later, when you don’t want to use the picture in picture mode, you can simply close that video box. 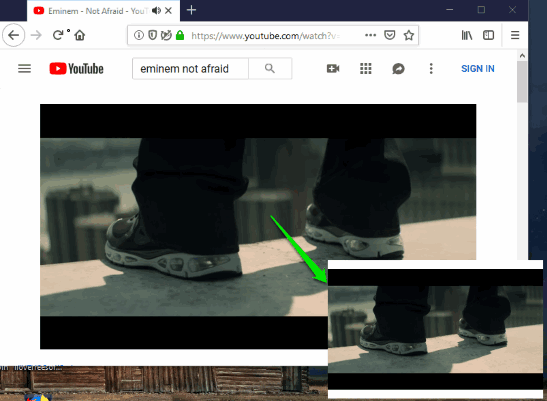 In the screenshot above, you can see that picture in picture mode is enabled in Firefox.

How to Enable Picture in Picture Mode in Firefox?

Step 1: As I mentioned in starting, this feature is currently available in Firefox Nightly. So, you need to download and install it. Later, this feature will be a part of the stable version.
Step 2: Open Firefox browser. Now in the browser type ‘about:config‘ in the address bar, and press Enter. This will help you access the configuration page. 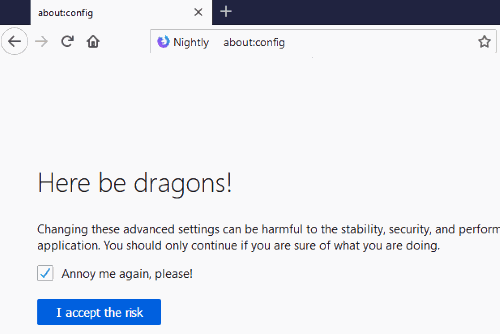 Step 3: When configuration page is opened, type “media.videocontrols.picture-in-picture.enabled“, and press Enter. After that, use Toggle button to enable the associated option. 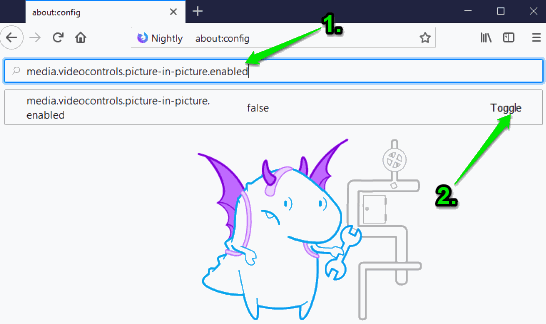 Step 4: Now open YouTube or other video streaming website and play a video. To pop-out a video, right-click two times on the playing video, and select Picture in Picture” option. 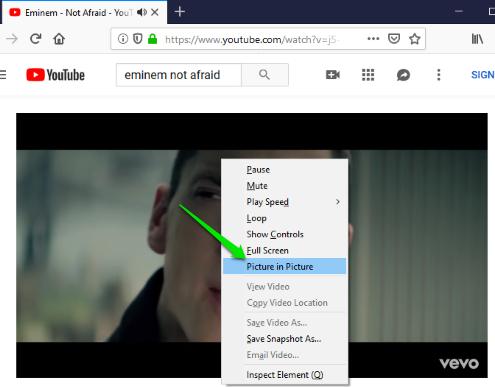 The video will start playing in a small box. You can move that video box anywhere on the desktop screen and also resize it. To close the video box, right-click on that box, and use Close button. That’s it.
Did you know you can also use Picture in Picture mode on Netflix?

This built-in feature to enable picture in picture mode in Firefox is working very well. All Firefox users must be happy to know about it. Though the feature is yet to come in the stable version, it can still be given a try.