This tutorial explains how to block Twitter on Android for a specific time duration. I have included a simple method which uses an Android app called ClearLock. This app can block any system or downloaded apps on your phone for a specific time period. Do note that there are plenty of other Android apps to block access to apps for a specific time. You can go with any other app as well to block access to the Twitter app. ClearLock allows you to set a lock interval of 10 minutes to up to 12 hours and during this time period, you won’t be able to access Twitter by any means until and unless you decide to reboot the phone or uninstall the app. The pro version of the app also gives you the option to schedule block access to apps. 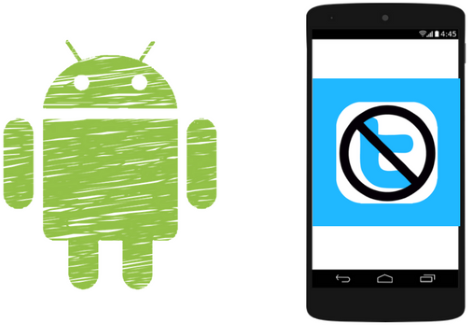 How to block Twitter on Android for specific time duration:

Step 1: Download this app from the link provided at the end of this tutorial and then open it. If you are on Android 6.0 or above, the app will prompt you to allow “Apps with usage access” permission. After that, you will see a list of system and downloaded apps at one place, as shown in the screenshot below. You can select multiple apps to block access at once. What I really didn’t like was the fact that it automatically marked most of the system apps like Google, Chrome, etc. to be blocked and I had to deselect all of them before locking the access to the Twitter app.

Select Twitter app from the list of apps and tap on the floating button at the bottom-right of the interface. 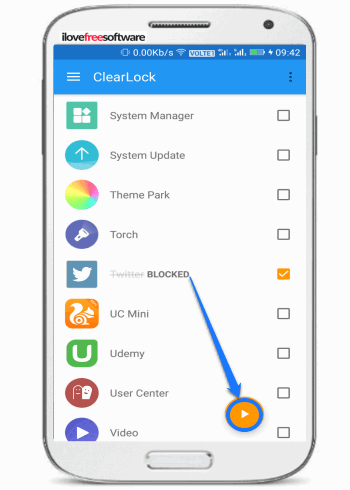 Step 2: The app then prompts you to select the time range to block the app. As I mentioned, you can set it to anything between 10 minutes to 12 hours; adjust the slider to specify the time range. 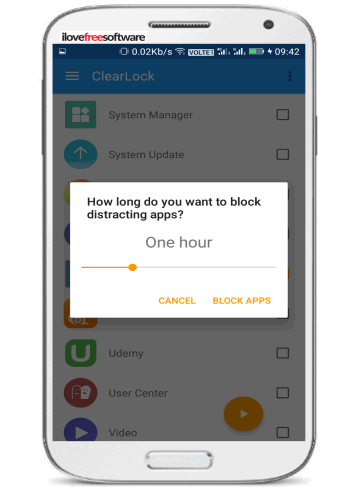 Once done, tap on the “BLOCK APPS” button and then confirm to block the Twitter app for the specified time range. 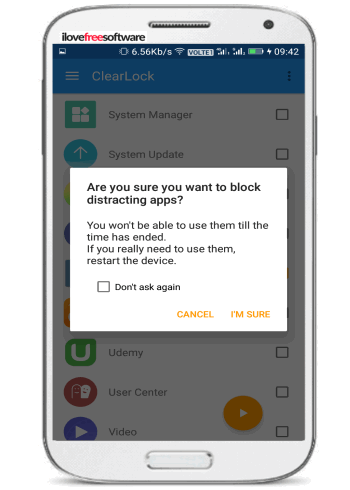 If you try to open Twitter between the lock time period, then ClearLock automatically closes it down, as shown in the screenshot below. 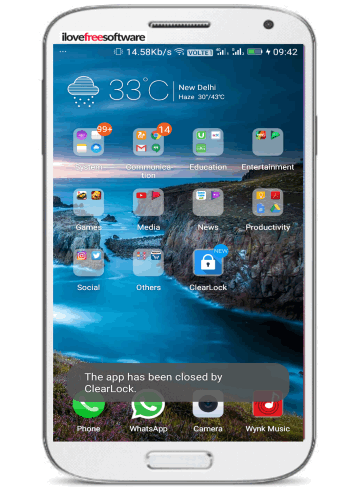 If you want to use Twitter again, then you will have to wait for the unlock time to finish. In case you want to use it urgently or you couldn’t resist yourself from using Twitter, then you can reboot your phone to unlock Twitter and other blocked apps.

In this tutorial, I have explained a simple method to block access to Twitter Android app for a specific time range. So, if you want to focus on work and skip Twitter for a while then you can check out the Android app mentioned in the tutorial. I find it very useful as you can block other distracting Android apps as well to just focus on some serious work.