You can open the URL of the webpage you want to view from within the app to capture the screenshot. The app lets you save the screenshot in two formats: Image and PDF. While opening the URL, the app offers basic functions of Next, Previous, and Reload for easier navigation. 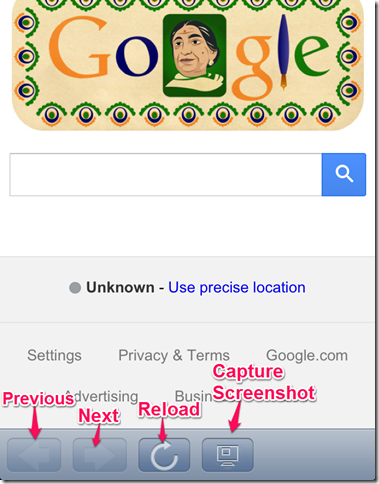 You can download the Screenshot app either by searching on iTunes App Store or by clicking on the link given at the end of this review. When you launch the app, it automatically opens the Google homepage. You can enter the URL or search for the web page using Google.

When the URL gets opened, you will see 4 options at the bottom of the window: Previous, Next, Reload and Capture Screenshot.

If you have saved the screenshot in the PDF format, then you need to have iBooks or any other third party PDF reader installed on your device before you can access it. 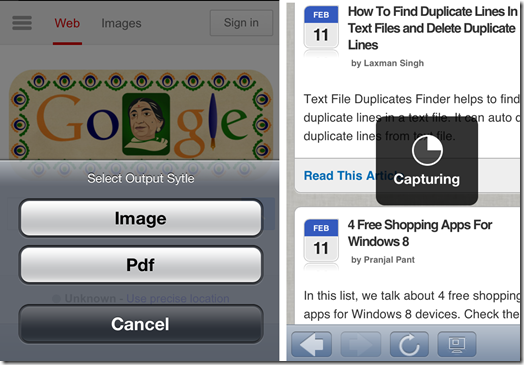 When you have saved the screenshot in PDF format, the app asks you to select the apps with which you want to open the PDF. Tap on the preferred app to open it or tap on Cancel to view it later. 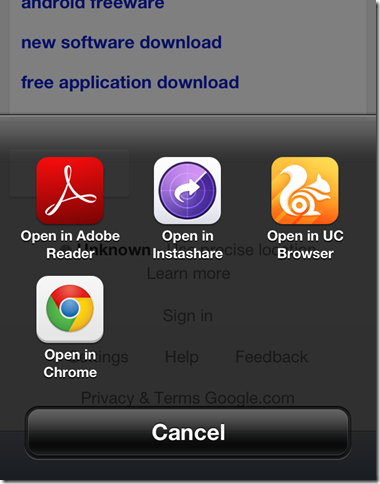 Also, checkout these 7 screenshot capture software with annotation tools for Windows reviewed by us.

Screenshot is a very awesome app for capturing the screenshot of whole web page. I took screenshots of some websites which have really long web pages and this app captured the screenshot very effectively, not even missing a single image or line. If you are looking for an app which can capture the full web page screenshot, then don’t think twice before installing it.

Get the Screenshot app from here.