Here, are 5 free Wikipedia Apps for iPhone that will let you surf Wikipedia in a more improved and mobile formatted way. The worldwide popularity of Wikipedia.org encouraged the iPhone app developers to make Wikipedia apps. Now we have many such apps in the Apple iTunes Store. 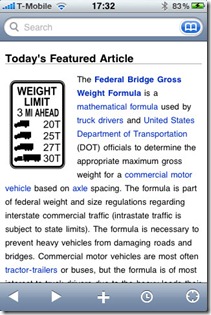 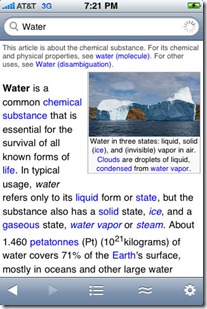 Wikipanion is a little better in features than the official Wikipedia app. Browse Wikipedia in a customized look with Wikipanion. We can change the font and font size of the Wiki page in this Wikipedia app. This free iPhone Wikipedia app also works in integration with Apple’s Safari web browser too. The search feature also works better with quick search and full search. The best part is that this third-party app is advertisement free.

Also, check out other iPhone apps reviewed by us. 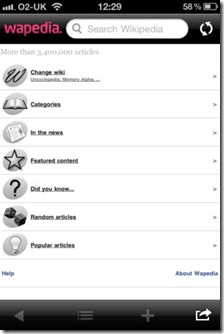 Being more than a Wikipedia app, Wapedia gives access to a lot of other wikis too including Uncyclopedia, Wikitravel and a lot more. This free Wikipedia app supports over 130 languages. Users can also save articles locally for offline browsing. Also, users can share an article via Facebook and Twitter with the Wapedia app. Random article and Popular articles options are also notable features of this free Wikipedia app for iPhone.

Android users can take a look on Wikipedia Apps for Android, else check out other Android Apps reviewed by us. 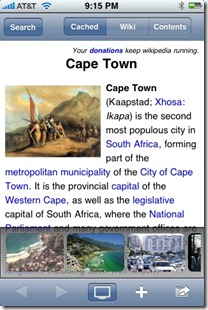 Wikitap is another free Wikipedia app for iPhone that has its own cool features. The Media tab in this Wikipedia app allows you to read an article and watch a video about it.  All the browser pages are saved as links in History tab. This free iPhone Wikipedia app is also a reference to pronunciation and treasures. If your browsing speed is slow, just tap the Cached button to open the pages even in a slow network. For dictionary words, there appears a speaker button on the top right corner of the screen which enables a voice pronunciation of that specific work. The Media section is updated regularly by adding extra articles with videos. 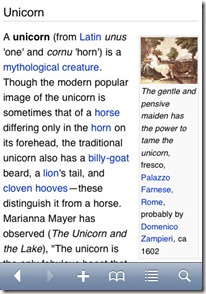