Our computers’ hard disks are increasing in capacity, and shrinking in size with every passing day. Most consumer PCs ship with a mammoth partition (usually denoted by the drive letter C: and named OS) and a tiny one (usually denoted by the drive letter D: and named Recovery). But what exactly do we mean by a partition? And why we even have these partitions on our Computer systems. Read on to find out more. 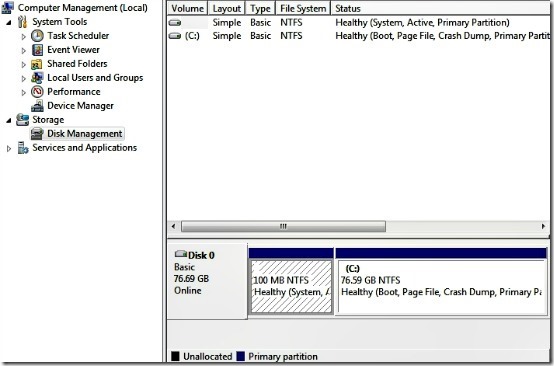 What exactly is a partition?

Simply speaking, a partition is a logical division of a Hard Drive into multiple parts. When Hard Drives are manufactured, they are manufactured with different capacities (500 GB, 1 TB etc.) but this is essentially a big lump of unused space which is of no use as such. In order for the Operating System (and user generated documents and files) to be able to work with it, this entire space needs to be formatted with a specific file system.  The process of formatting converts the raw space on a hard disk in a form that can be actually used to store stuff on it, and access the stuff stored on it.

[Note: This article is a part of our series of articles called ILFS Explains where we try to explain common yet complicated tech terms in simple language].

A primary partition is generally the partition on which the Operating System is installed.  When the raw space on a hard disk is formatted by the Operating System during installation, it creates a partition for itself to be installed on, formatting it using one of the file systems supported by it. How much of the entire raw space is used to create this system partition, is something that depends on the user. We can either use a part of the entire raw space to create the primary partition, or all of it.

Check out the Graphic below to understand the layout of primary, extended and logical partitions in a physical hard drive. 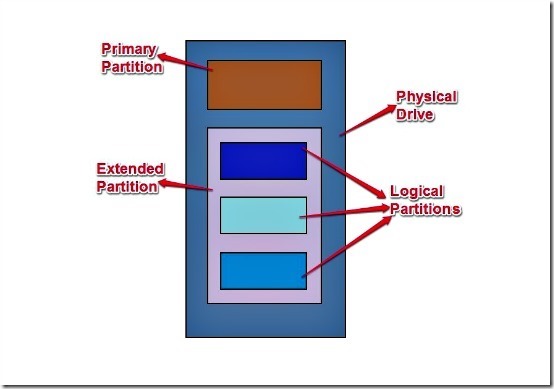 Why does a hard drive needs to be partitioned?

Hard Disk partitioning is one of the essential system activities that every computer user needs to be familiar with. While the terminology associated with it  might seem esoteric and complicated at first, but disk partitioning essentially is a basic system activity that can be easily performed by anyone. It becomes even easier when you have the right tools for it. And of course, your favorite Tech Blog is always there to help.