Before starting, you can have a look at the screenshot above where thumbnails of Firefox tabs are visible on Windows taskbar.

How To View Thumbnails of All Tabs of Firefox on Windows Taskbar?

Step 1: This is a very simple step. Here, you need to launch your Firefox browser.

Step 2: When the Firefox window is opened, click the Menu button (three horizontal lines) available on the top right corner. 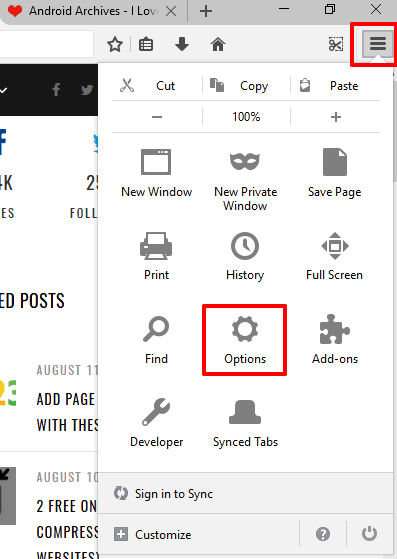 Step 3: Menu pop-up will open and you will see “Options“. Select that option. See the screenshot visible above.

Step 4: When the Options page is opened, click on the “General” section. This will show multiple options. Look for the “Show tab previews in the Windows taskbar” option and then select it. 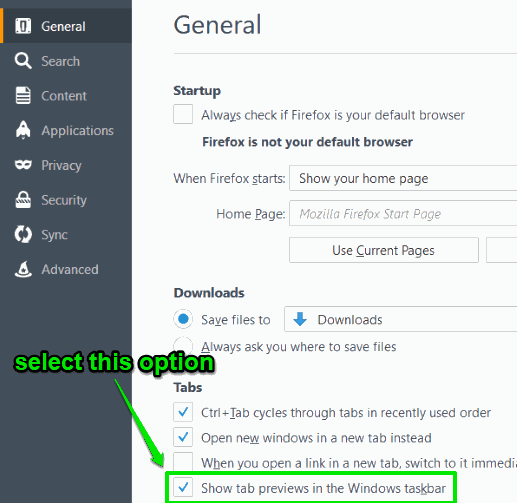 That’s all you have to do.

Now open some tabs and/or Firefox windows with some tabs and then place the mouse cursor on Firefox icon visible on taskbar. You will see that it is showing the thumbnails of all the tabs of Firefox, just like Windows native feature. You can place mouse cursor on any thumbnail and then it will show the preview of that tab. Clicking on a particular thumbnail will move you to that particular Firefox tab.

Here are some other native features of Firefox: Firefox Notes Feature To Take Notes On Any Webpage Using A Sidebar and Firefox Send To Securely Share Large Files Using Any Browser.