To block a WiFi network in Windows 10 PC, you need to take the help of Command Prompt window and then run a very simple command. After doing this, that particular WiFi network will remove from the list of available networks. You can also unblock any WiFi network on your Windows 10 PC anytime. So, you will have both the options, which you can use as per your requirements. 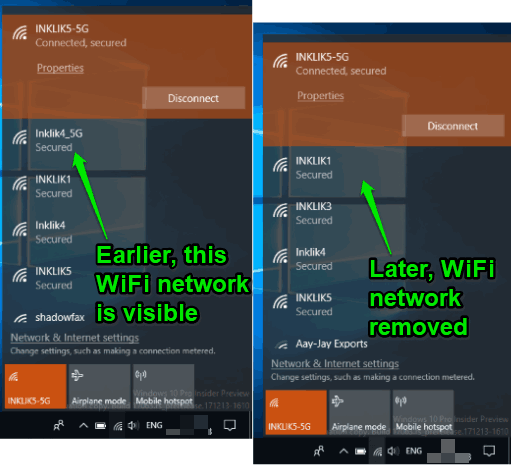 How To Block A WiFi Network In Windows 10? 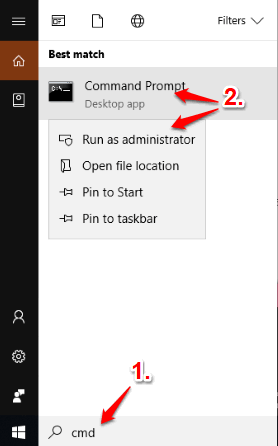 Step 2: To block a particular WiFi network, you need to use this command:
netsh wlan add filter permission=block ssid=" Name of Your WiFi Network" networktype=infrastructure

In this command, you need to replace “Name of Your WiFi Network” with the actual name of WiFi. Add this command and then execute it.

Step 5: This is an important step and helpful when you want to unblock a WiFi network. Open Command Prompt window as administrator (as mentioned in step 1) and then execute this command: netsh wlan delete filter permission=block ssid="Name of Your WiFi Network" networktype=infrastructure

You may also see the history of WiFi connections and turn on WiFi at the scheduled time in Windows 10.

There must be different open and password protected WiFi networks nearby your location. Sometimes, it creates a mess and you see unwanted WiFi networks on clicking the WiFi icon visible on Taskbar. In such cases, you can simply block WiFi networks that you never use. It is also helpful to block some suspicious open network, which otherwise can cause harm if connected. The good thing is you can also unblock any blocked WiFi network. So, the control remains in your hands.