Marbly is a Free Game App available on iPhone, iPad, iPod Touch. It has been developed by Andrey Novikov. The game is pretty simple, like Chess, but equally difficult. The Marbly is a new concept game which consists of marbles that vanish from the screen. They vanish once three marbles are aligned diagonally or in a straight line. The motive is to make sure that all marbles vanish from the board. The app utilizes vast colors and the gameplay is pretty interesting. However, after prolong period of gaming, you might find this game little tough but not boring at any cost. The game also offers in-app purchasing of credit that can be used for Hints. 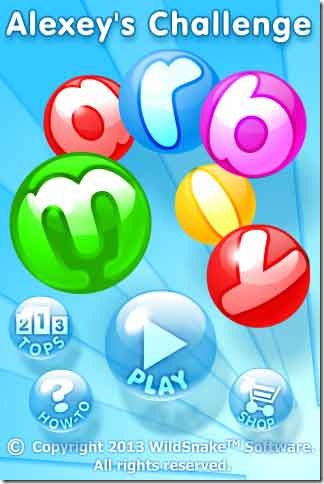 The app can be easily downloaded from the Apple Store. The link has been given at end of the article.

Once downloaded, you are good to go.

The game allows you to either opt for Challenges or normal level wise play. But be informed, that successful completion of challenges results in Credit Awards.

The gameplay is simple, as mentioned above. The playing area however, resembles that of a chess.

The marble once selected displays the directions it can move in. All you have to do is to strategically place it somewhere that it falls in line with 3 or more marbles either diagonally or straight. Once this condition is fulfilled, the marbles disappear. However, as game progresses, the number of marbles increase and so does the difficulty.

The major problem is that you can find yourself either stuck with marbles or hitting the undo move button repeatedly. 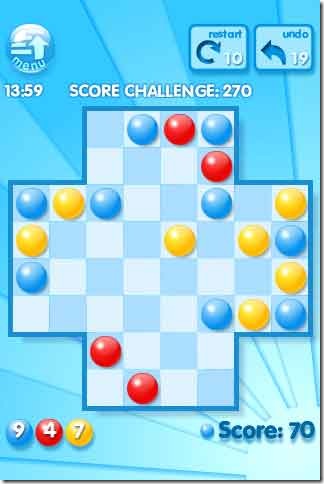 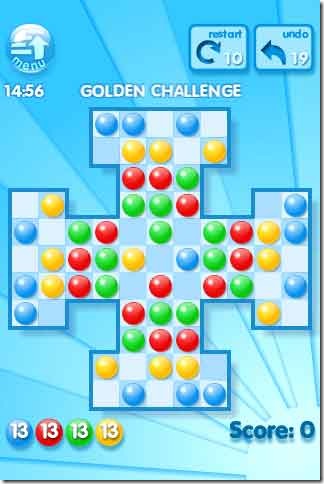 The Marbly game, is an innovative, simple yet difficult, interesting, engrossing and brain application, board game. It is similar to chess just that it lacks a multiplayer option. If you have been used to playing chess on iPhone, you will find Marbly an interesting concept. The players will find it difficult to keep the game aside. Also, once acquainted with the concept and strategy the players can easily progress with a breeze. The game certainly deserves commendation for the new concept it introduces.

Get Marbly from App Store.