Golala is a free UNO alternative for iPhone to play against real players. This iPhone card game and UNO alternative has three modes for you: Play against Facebook friends, Play with random online players, or against the computer. The game is inspired from world famous card game UNO and Crazy Eights.

Just like UNO, it has 4 color suits, but with different color themes. The main concept of the game is to become the first player to get rid off all your cards.

The game includes different cards with their specific characteristics, which you have to use wisely so that you can win the game. 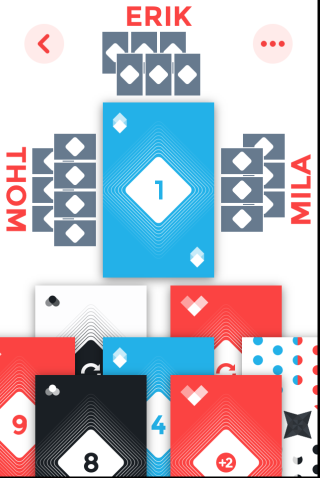 Note: In the free version of the game, you have to wait for 15 seconds to play two successive games.

You may also like to read: UNO: Online Game for Android.

Gameplay of This UNO Alternative for iPhone:

The gameplay of this UNO alternative for iPhone is quite similar to UNO card game. In beginning of the game, each of the player gets 7 cards to start with, and the remaining deck is placed at center. The aim of each player is to get rid of his 7 cards before anyone else. If he is able to do it, then he wins the game.

All the cards are of 4 color types: Black, Red, Blue, and White; with a number (o-9) written on them. At the start of the game, the very first card amongst the cards placed at center is displayed to you, while rest are inverted. The player with first turn has to throw one card from his set of 7 cards on the pile, but he can throw it only if he has a card with either same number or color as the one displayed on pile. If he doesn’t have any such card, then he has to pick any one card from the inverted cards and add it to his set of cards. 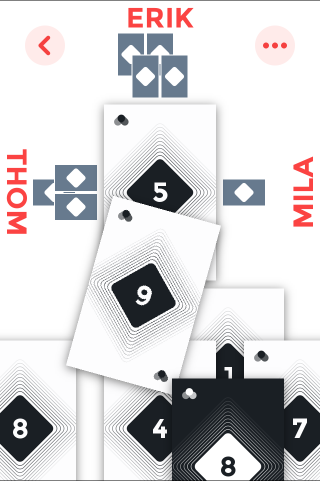 For example, if the card displayed on pile is of 5 number and White color, then you can throw one card from your set if and only if you have a card with either number 5 or White color. If you don’t have such card, then you will have to take one card from inverted cards pile at center.

In this way, the game continues until any one player throws his all 7 cards.

There are a few cards which you can use as power-ups to get rid of you cards, or increase the number of cards of your rivals. These cards are:

Options In this UNO Alternative for iPhone:

When you launch this UNO alternative for iPhone, you will be asked to register with app. You can choose to sign-in using Facebook for playing against Facebook friends. The app’s home screen looks like the one displayed in the screenshot below. 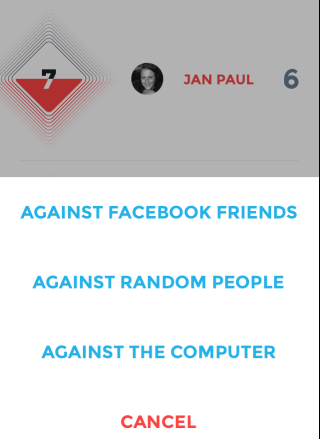 Tap on plus icon at top right corner to get options: Against Facebook Friends, Against Random People, and Against the Computer. You can choose the option as per your preference of opponent.

As you can see, there are two sections at app’s home screen: Your Turn and Not Your Turn. 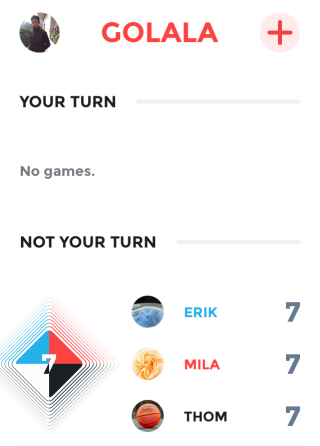 While playing the game, you can tap on dots icon at top right corner to Resign the Game and for Reminding your opponent for their turn, if they are taking time for it.

You may also like: 5 Free Slot Games for iPhone.

Golala is an awesome UNO alternative for iPhone. The game is similar to UNO in most of the part and is equally entertaining, and fun to play. The modes to play against Facebook Friends or Random Strangers makes this game more addictive. Do give it a try.