This tutorial explains how to find where an app is saving data on Android.

By default, the Android app’s data are stored in “<internal_storage>/data/data/<package>” and in some Android devices you’ll find them on “/sdcard/Android/data/<app.package.name>“. But, finding the storage location of any specific data (like files, cache, lib, etc.) of any particular Android app is a pretty difficult and time-consuming task, as you have to go through tons of folders to find one. So, today in this tutorial, I will explain how to easily find where an app is saving data on Android.

Actually, there is a free Android app called “Link2SD” which can be used to find the directories where Android apps are storing data. For this, all you got to do is launch the app and tap on any of the apps. After that, you’ll be able to see the location where that particular app is saving data. 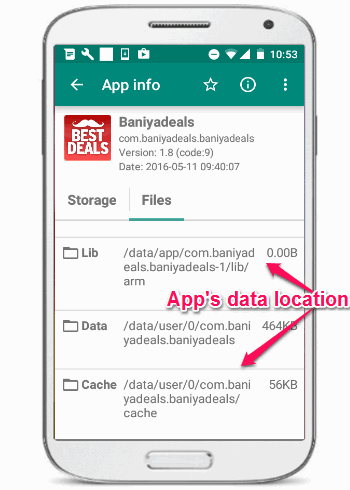 Finding directories of app’s data storage can be useful in case you’re going to transfer the data to another device without using any third-party backup apps for Android.

How to Find Where an App is Saving Data on Android:

Step 1: To get started, the first thing you need to do is install and launch the app “Link2SD” on your Android phone. After that, you’ll be able to see all the system apps as well as the downloaded apps listed on the main screen, as shown below. 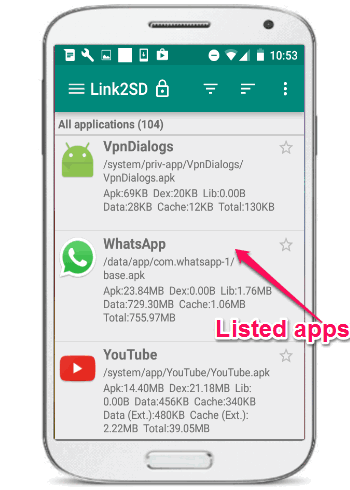 At the bottom of every app, you will also see the APK file location and the storage space occupied by different data like APK, Dex, Data (Files), Cache, etc.

Step 2: Now, to find out where the Android apps are saving the data simply tap on any of the apps to proceed. As soon as you do that, it will open up the “App Info” screen with two different tabs named, Storage and Files. On the “Storage” tab it will show the storage space used by different app’s data along with the total amount of storage occupied by that particular app. 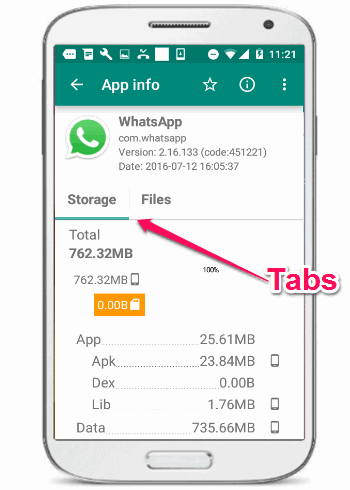 Step 3: To see the data directories, simply tap on the “Files” tab and there you’ll be able to see the directories of the following data elements of the app: APK, Dex, Lib, Data, and Cache. 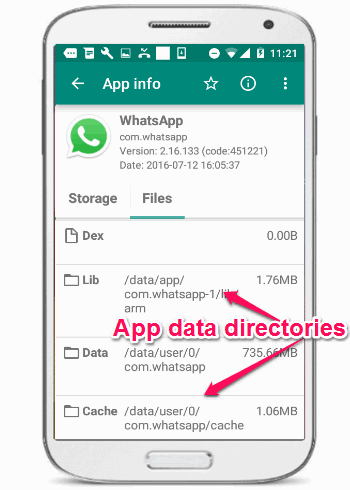 If you’re looking for a simple way to find out where all the Android apps are saving their data on your device, then you can go through this tutorial in order to learn how to do the same with ease. Personally, I think “Link2SD” is a pretty useful and effective app for Android, as it can show the exact app’s data directories with just a few taps.